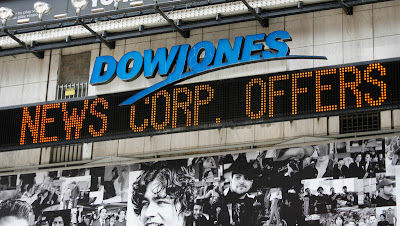 NEW YORK (Dow Jones)--Concerns about a slowdown in the U.S. economy sent the Standard & Poor's 500-stock index to its sixth straight day of losses, its longest such streak since February 2009, as investors continued to worry that the recovery has run out of steam.

Concerns over the outlook for the U.S. economy have dominated investor sentiment for weeks, and investors took little heart from the Federal Reserve's most recent Beige Book, in which businesses said the economy expanded over the past two months.

"Investors are asking if this is just a slowdown or the start of the next recession," said Gary Flam, a portfolio manager at Los Angeles-based Bel Air Investment Advisors.

Caterpillar and Alcoa fell 1.8% to lead the blue-chip Dow lower, followed by American Express, which lost 1.6%. Verizon Communications led blue-chip gainers, rising 1.5% after Oppenheimer & Co. upgraded its investment rating on the stock with predictions of solid growth in cloud, or remote, computing and gains in wireless market share.