Nigeria oil reforms to be taken up by new parliament 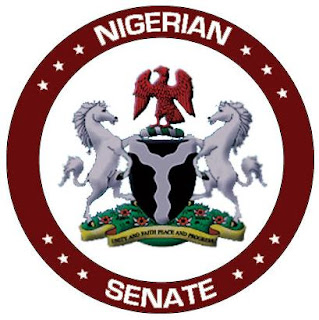 Wide-ranging reforms to Nigeria's
oil industry will be left to a new parliament to consider but
the bill may not have to go back to a first reading, reducing
the risk of further long delays, lawmakers said on Wednesday.

Uncertainty over the Petroleum Industry Bill (PIB), a
massive piece of legislation that will redefine Nigeria's
decades-old relationship with foreign oil firms, has left
billions of dollars of potential investment on hold.

The reforms will alter the tax and regulatory framework for
projects in Africa's top oil and gas producer, and firms such
as Royal Dutch Shell (RDSa.L), Exxon Mobil (XOM.N) and Chevron
(CVX.N) are reluctant to commit until there is clarity.

Oil Minister Deziani Allison-Madueke had repeatedly
promised the bill would be passed by the current parliament,
which reaches the end of its term on Friday, and there were
fears that it would face long delays should it fail to do so.

A new parliament usually takes bills left over from the
outgoing administration back to a first reading, meaning new
committees have to be formed before months of debate on issues
already covered in the previous session.

But lawmakers said the Senate had altered its rules and
would not have to restart the process from scratch.

"The PIB is alive and will be continued by the next National Assembly," Bassey Otu, outgoing chairman of the House of Representatives Committee on Petroleum and a senator-elect, told Reuters in the capital, Abuja.

"The Senate has amended its rules to allow bills to be
continued by another session of the Senate," he said.

Reforms to Nigeria's oil sector have been under
consideration for years and promised deadlines have repeatedly
come and gone without progress.

The PIB could still face an uncertain future.

The ruling People's Democratic Party saw its parliamentary
majority weaken in April elections and it is not certain that
new opposition members of parliament will be happy to sign off
on clauses that have already been debated.

The government hopes the bill will tackle issues including
funding shortfalls at its joint ventures with foreign firms,
insecurity in the Niger Delta, increasing local involvement in
the industry and production of more gas for domestic power.

(For more Reuters Africa coverage and to have your say on the
top issues, visit: af.reuters.com/ )