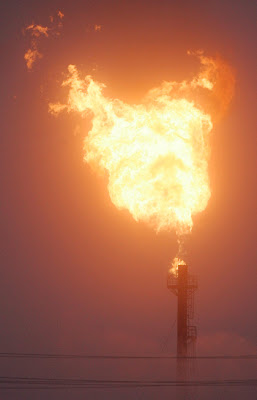 Port Harcourt (WorldStage Newsonline)-- With the belief that there are other opportunities in the oil and gas industry that are been overlooked, but can significantly impact on the Nigerian economy and reduce the current level of unemployment, the Group Managing Director of the Nigerian National Petroleum Corporation (NNPC), Austin Oniwon and some experts on Wednesday made case for more participation of Nigerians in the industry.

Speaking at the second Port Harcourt International Oil and Gas Conference & exhibition, held at the Rivers State House of Assembly complex, they called for more participation of Nigerians in the industry, especially in the area of gas distribution, and marketing.

They noted that the issue of gas flaring which had been on the front burner for long, continue dbecause no serious interest was showed by Nigerians in that area, even though more countries, including the developed ones are turning to gas for diverse usage.

The NNPC boss said that although the Federal Government had pushed the gas master plan, the country’s domestic utilization had not grown. He said that textile mills that had closed down in most parts of the country due to the cost can resume operation is there is gas.

Oniwon, who was represented by Anthony Ogbuigwe, the MD of Port Harcourt Refinery Company, said the NNPC was working towards making gas available for power production in the country instead of exporting it.

“We want to reduce gas flaring to the lowest minimum. The private sector should participate in gas distribution in growing the economy. There should be national fertilizer plants... We should stop importation, and that is why we are encouraging people to go into engineering and production,” Oniwon said.

“The activities of some of these marketers are a drain to the economy. That must change. That is why investors are not willing to invest in the downstream sector... The money goes to private pockets,” he added.

Oniwon noted that the NNPC was transforming in order to become more commercially oriented, and as a high performance organisation.

In his presentation, Dr. Uche Peter Adiela, a senior Nigeria Content Evaluator at Nigerian Agip Oil Company Limited, in his presentation titled: Nigerian Content Act: The Facts and Issues, noted that the Nigerian Content, which seeks 70 per cent local content, can really utilize the country’s human and material resources, and generate over 30, 000 jobs in the next five years as projected by the Federal Government.

He however, said that for the 70 per cent to be really achieved, Nigerians need to live up to expectations in project executions, instead of seeing the jobs given to them by oil companies as national cake that cannot be accounted for.

Adiela urged Nigerians in the oil and gas industry to be more competitive, and pay more attention to any given job, stressing that it remains the only way they can secure jobs in countries like Norway, Angola and other countries with thriving oil industry.

Also speaking, the MD/CEO, Oil and Gas Free Zone, Port Harcourt, Dr. Noble Abewho who chaired the event, urged the Federal Government to give more incentives to private interests that want to build refineries in the country.

He noted that Nigeria “has all what it takes to refine its crude into finished petroleum products without resorting to importation.”

The Speaker of the Rivers State House of Assembly, Rt. Hon. Otelemaba Daniel Amachree, urged more support for the conference, noting that oil and gas conferences were hosted in cities with the industry presence.

“ Ïn the United States it is Houston, Texas, not Washington, nor New York. In Britain, it is Aberdeen, not London, in Norway, it is Stavanger, not Oslo, same as in Canada and the list continues. Why would the situation be different in Nigeria,” he said.

Amachree, who was represented by his deputy, Hon. Leyii Kwaani, urged oil companies operating in the state to emulate Shell Petroleum Development Company (SPDC) for situating their headquarters in Port Harcourt.