Obama to meet with leaders of Nigeria, Gabon 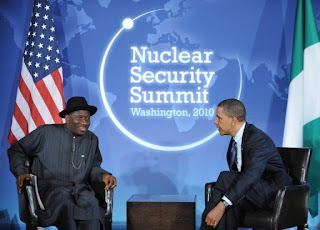 The White House says Obama will hold talks next Thursday with President Ali Bongo Ondimba of Gabon. Ondimba is serving as president of the 15-nation Security Council during June.

Gabon is an oil-rich former French colony in central Africa with a population of 1.5 million.

On Wednesday, Nigerian President Goodluck Jonathan pays a visit. He won election in April in Africa's most populous nation, but violent protests have occurred in the Muslim north since the vote.

Muslim rioters were upset that Jonathan, a Christian from the south, had won. The postelection violence has threatened the stability of the oil-producing West African nation.