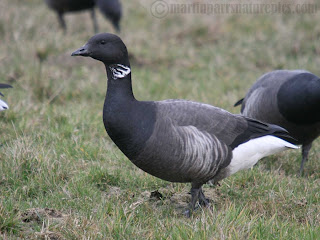 (Reuters) - Brent crude fell on Wednesday from a five-week high on concerns about the health of the European and U.S. economies and as the dollar rose following a higher-than-expected U.S. inflation report.

By contrast, U.S. light crude moved in the opposite direction and edged up after a moderately bullish U.S. government crude and gasoline stockpiles report although some analysts said the enthusiasm might be short lived.

"Looking back over 30 years, when you see (U.S.) gasoline prices at over 9 percent of personal disposable income you see a demand reaction, and we are at 10.5 percent," Jonathan Waghorn, co-manager of the $4 billion Investec Global Energy Fund.

"That would lead us to believe there is going to be some demand destruction, and we will find out about it three months later," he said at the Reuters Global Energy and Climate Summit.

Traders attributed some weakness in Brent to selling ahead of the expiry of the July contract later on Wednesday.

U.S. core consumer inflation rose more than expected in May to post its largest increase in nearly three years, which could prompt the Federal Reserve to increase rates sooner rather than later.

"The New York manufacturing data renewed worries about whether the economy is slowing and the Greece debt problem is simmering out there and pressuring the euro, strengthening the dollar," said Gene McGillian, analyst at Tradition Energy in Stamford, Connecticut.

Euro zone ministers failed on Tuesday to reach agreement on how private holders of Greek debt should share the costs of a new bailout, putting the onus on the leaders of Germany and France to forge a deal later this week.

"The report is somewhat supportive, but the decline in total product demand of over 3 percent from a year ago is bearish," said John Kilduff, partner at Again Capital LLC in New York.

Brent's premium over U.S. benchmark crude slipped below $19 per barrel, down from Tuesday's record of $22.79 a barrel but some analysts predicted the spread could widen again later.

Barclays Capital's technical team said it expected the Brent-WTI spread to widen to as much as $24 per barrel in what it suggested was a bullish market for the North Sea contract.

"We look for the WTI/Brent spread to extend widening toward our target near $24 before easing toward the $19 area," it said.