Nigerian State Oil Company May Not List Until Law Passed 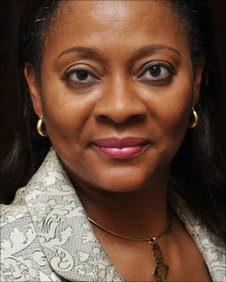 The potential listing of the oil company, known as NNPC, may not happen “immediately because it will be better to have the petroleum bill enacted,” SEC Director-General Arunma Oteh said in an interview in London. “Then there are stages that any company goes through to prepare itself for listing if you are going to report on international financial reporting standards. It’s a big deal for a large company.”

A law to reform the way the oil industry is funded and regulated has been in the legislature for more than two years. Oil exploration in Nigeria slumped to the lowest in a decade after producers including Royal Dutch Shell Plc (RDSA) and Total SA (FP) backed away from investment. Parliament is in recess and will June 28, Senate President David Mark said on June 6.

Nigerian President Goodluck Jonathan has asked the commission to get oil exploration and telecommunications companies to list their shares on the Nigerian Stock Exchange, Oteh said. The benchmark All-Share Index has tumbled 62 percent from its peak in March 2008 amid a national banking crisis caused in part by loans to equity speculators.

“We’re very delighted the president himself has determined this is an important issue,” said Oteh, a former vice president at the African Development Bank. “It will help democratize the success of these companies and we feel that it would also help having a much more transparent way of understanding the valuation of these companies.”

The NNPC, which Oteh said in February was in talks with the commission over possible public offerings, holds an average 57 percent stake in joint ventures with companies including Shell, Total, Exxon Mobil Corp., Chevron Corp. and Eni SpA. (ENI) The West African nation is the fifth-biggest source of U.S. oil imports.

“Right now most of the transactions are joint ventures between the NNPC and the international oil companies,” Oteh said. The regulator is “encouraging” the Nigerian bourse to focus on the getting small and medium-sized companies to list on its second tier, or alternative investment market, she said.

“It fits very well with the president’s job creation agenda since most jobs are created by small and medium scale enterprises essentially,” she said.

To contact the reporter on this story: Chris Kay in London at ckay5@bloomberg.net

To contact the editor responsible for this story: Gavin Serkin at gserkin@bloomberg.net
Posted by Crude Oil Daily at 2:46 PM