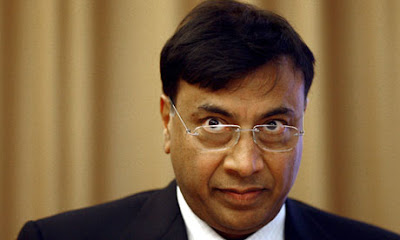 Lakshmi Mittal has been issued with a high court writ. Photograph: Johannes Eisele/EPA

Britain's richest man is being sued for allegedly reneging on a multi-million dollar agreement to pay fees to a former friend for helping to secure an oil deal with a former Nigerian president.

Lakshmi Mittal, the steel tycoon who is one of Labour's most generous donors, has received a high court writ from the businessman Moni Varma.

Varma claims to have facilitated a deal in 2006 for Mittal to gain access to two unexplored oil fields in the Niger Delta after arranging a meeting with Olusegun Obasanjo, who was Nigeria's president.

Mittal has dismissed the claim, saying the case will be defended vigorously.

The case offers a rare glimpse into the business empire of Mittal, reportedly the world's sixth-richest man. It has also created ructions within the community of London's super-rich Indians in which both men once socialised.

Varma, 62, from Northwood, Middlesex, whose company Veetee Rice is one of Britain's biggest rice traders, said he had been let down by Mittal. "I am saddened but I have been left with no choice but to issue court proceedings against Lakshmi to recover sums that are due to me," he said.

Since moving to Britain with his family in 1995, the "Steel Maharajah" – as Mittal is called – has become well known for his expensive tastes and his involvement in British public life. He has donated more than £5m to Labour and has imported marble from the quarry that was used for the Taj Mahal to decorate his £60m home.

The ArcelorMittal Orbit – 1,500 tonnes of steel twisted into a sculpture by the artist Anish Kapoor – will be Britain's largest piece of public art and will dominate the skyline at the Olympic Park in Stratford, east London.

But his success in business, and his ability to move seamlessly into unexplored industries, has remained a mystery.

The writ details how Varma and Mittal have known each other socially since 1997 and regularly discussed business opportunities at glittering social events in London.

Varma, who was born in India but educated in Malawi, has longstanding connections with Nigeria and had known Obasanjo since 2001 because he had exported rice to the African state, the documents claim.

In July 2005 Mittal Investments Sarl, a company owned by the defendant, launched a joint adventure with OVL, a subsidiary of ONGC India, India's leading oil and gas exploration company.

A month later Mittal and Varma met for dinner at Amaya, an Indian restaurant in Knightsbridge, and discussed possible deals in Nigeria, the writ claims. In September 2005, Varma claims, they held a conversation that is at the heart of the case. They discussed how much Varma would be paid if the deal came through, the writ claims. Varma claims Mittal said he could expect between 5% and 15% of the defendant's investment.

According to the writ Mittal responded "I will cover you" or "you will be covered ... The reward could be even bigger than 15%, depending on the size of the deal."

Varma claims that over the following six months he was cut out of the deal and could only watch as it was completed.

Mittal's joint venture with the Indian government was successful in its bids for two licences for 10 years in downstream projects in Nigeria. The anticipated combined yield of the "blocks", or areas of oil, was 650,000 barrels a day and the value of the downstream projects is $6bn.

Varma claims he continued to try to contact Mittal about the deal and when he could expect payback.

In March he managed to speak to Mittal, who offered $5m, the writ claims, but the offer was rejected. According to the writ, this offer was then denied in a subsequent letter from Mittal's solicitors Schillings, but Mittal has since said that he did discuss a possible payment of $5m, depending on the success of the projects.

Mittal's lawyers are expected to argue that Varma was a social acquaintance of their client, and that Varma offered to arrange a meeting with Obasanjo.

They also point out that neither block has yet produced any oil and that the costs have so far been $325m. The lawyers have also dismissed as fanciful Varma's claims of introducing Mittal to Nigeria.

A spokesman for Mittal's legal team said: "We are aware of the case, in relation to which we believe there are no grounds and which we intend to defend vigorously."

Obasanjo, who stepped down as president in 2007, has been accused in Nigeria of overseeing a series of poorly negotiated oil deals. A report by Chatham House two years ago criticised oil deals brokered by his government with Asian countries, claiming that they were short-termist and exploitative.

Mittal has previously been at the centre of political controversy. In May 2001 he gave £125,000 to the Labour party, shortly after which Tony Blair backed his bid for a Romanian firm, sparking the 2002 Steelgate row.
Posted by Crude Oil Daily at 11:14 AM