HEARD ON THE STREET: OPEC Quotas Not the Key to Oil Prices 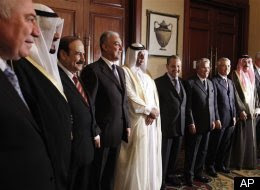 By ANDREW PEAPLE And LIAM DENNING

OPEC meetings, with their convoys of limos and whispered asides in hotel lobbies, often are a triumph of ceremony over substance. Speculation is rife the cartel will raise output quotas at its gathering this week. But investors should stay focused on broader economic trends shaping oil prices, rather than OPEC's largely symbolic decision.

The reluctance to raise output reflects signs of weakening demand. Grim global manufacturing data in May are the latest bearish sign. Even China's Purchasing Managers' Index reading was at a 20-month low. In the U.S., jobs growth stalled in May and crude-oil stocks rose unexpectedly last week as high gasoline prices crimp demand. The IEA has trimmed back its estimate of annual oil-demand growth for 2011.

The cartel is in a tricky position. Standing pat, as countries like Iran are urging, would signal OPEC is happy with triple-digit oil prices and, by extension, running the risk of demand destruction for oil and encouraging alternatives. That's something Saudi's Prince Alwaleed bin Talal warned about last month. Further easing in U.S. monetary policy or an end to Chinese tightening to combat slowing economic growth could compound any oil price increase.

A big quota increase, however, could coincide with a real slowdown to push oil prices much lower, a repeat of 1998's mistake that forced OPEC to get its act together. Now, after two quarters in which global oil demand exceeded supply, the equation returned to balance at the end of the first quarter of 2011.

The likeliest outcome is an increase in quotas to legitimize all or part of the 1.4 million barrels a day of quota busting already going on. That would send a clear signal that triple-digit oil is undesirable from OPEC's perspective, while avoiding the addition of many more real barrels at a time when macroeconomic forces are in the driving seat and tapping the brakes.

Should the weakness prove temporary, perhaps helped by moderate oil prices, those quotas can always be busted again.

Write to Andrew Peaple at andrew.peaple@dowjones.com and Liam Denning at liam.denning@wsj.com
Posted by Crude Oil Daily at 2:49 PM