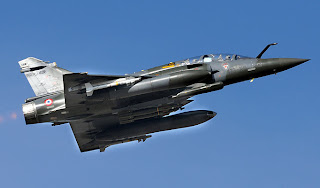 Witnesses say they heard loud explosions in the center of Tripoli and saw plumes of smoke.

Libyan state media say the bombings hit civilian sites, and there were reports of casualties.

The Libyan capital and its surrounding areas have been the target of regular NATO airstrikes since the alliance started its military operation in Libya in March. Libyan rebels are trying to advance on Tripoli, as the coalition carries out attacks on forces loyal to Libyan leader Moammar Gadhafi.

In recent days, rebels have advanced from the port city of Misrata toward Tripoli, breaking a government siege. Several rebel units have pushed the front lines west from Misrata to the outskirts of Zlitan, a neighboring town held by Gadhafi's forces.

Libya fired rockets into Tunisia on May 17, and the Tunisian government threatened to report its neighbor to the U.N. Security Council for "enemy" actions. Libyan forces also have engaged in periodic short skirmishes with Tunisian troops after Libya's internal fighting spread across the border.

In other news, Libyan rebels scored a victory on the political front when Canada announced Tuesday it will recognize the Transitional National Council as the "legitimate representative" of the Libyan people.

Canada joins Germany, France, Italy, Qatar and the United Arab Emirates in recognizing the opposition council. The Obama administration is supporting the rebel cause but has stopped short of recognition.
Posted by Crude Oil Daily at 9:59 PM