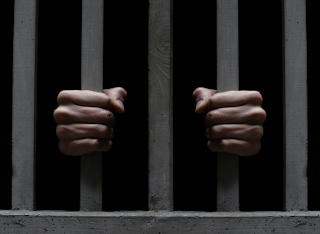 Two persons who laid claim to a consignment of crude oil supplied to Tema Oil Refinery (TOR) by Sahara Oil last year have been granted bail by an Accra Circuit Court.

The two, Ofodeme Ikenna Sylvester, Operations Manager of Nigerian company ZICOKEM, and Dennis Ofori Kaddah, a Ghanaian business executive and a third suspect now at large had claimed that a consignment of crude oil that was supplied to TOR by Sahara Group through Refinee Petroplus was stolen from them.

The two were picked up by BNI operatives after continuously propagating the alleged claims on a number of media platforms. The three, who have been charged for conspiracy to steal, possessing forged documents and attempts to steal a consignment, were granted bail of Gh¢30,000 with one surety each.

However lawyer for the accused, Samuel Atta Akyea, has accused government of using the criminal proceedings of the State to threaten potential witnesses. The case has been adjourned to June 14, 2011.

Sahara Oil had earlier refuted allegations made against it by a section of the media that it used a fake company to transact an oil supply contract with the Tema Oil Refinery (TOR), swindling the state of funds running into millions of Ghana cedis. According to media reports Sahara oil had duped TOR in a brass crude oil transaction worth $48 million and had used a non-existent company, Refinee Petroplus, to execute its plan.

The reports alleged that Sahara oil had been paid $48 million by TOR for 600 thousand barrels of brass river crude supplied by another entity and misrepresented Ms Yvette Foli as its representative in the transaction with TOR.

But Sahara oil denied the allegations, describing them as false, scandalous and injurious to its business, and threatened legal action against the media houses which published the allegations, The Enquirer and Informer newspapers and Radio Gold, an Accra-based station.
Posted by Crude Oil Daily at 1:22 PM