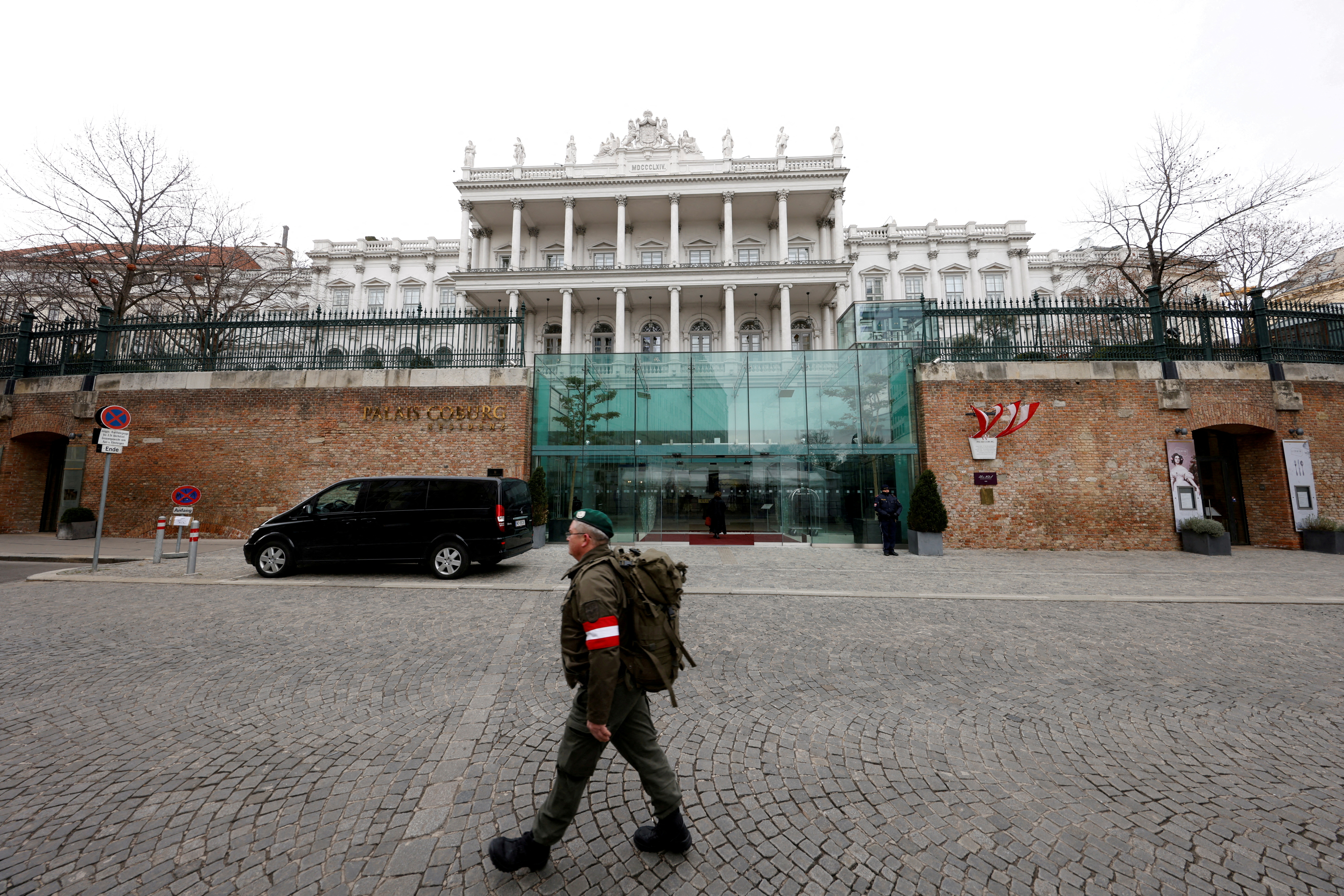 March 12 (Reuters) - The U.S. seizure of Iranian tankers in recent months has not stopped sanctions-hit Tehran from increasing oil exports, Iran's oil minister was quoted as saying on Saturday.

“The United States has on several occasions in the past months violated Iranian oil tankers to prevent export of shipments," Javad Owji said in an interview carried by Iranian media.

"When the enemy realised it could not stop our exports and contracts, they went after our ships," Owji said.

His remarks follow reports of a recent seizure of an Iranian oil tanker in the Bahamas, even as indirect Iran-U.S. talks in Vienna to revive a 2015 nuclear deal could see the lifting of U.S. sanctions in return for Tehran curbing its nuclear work.

A last-minute demand by Russia, a close ally of Iran, has forced world powers meeting in the Austrian capital to pause for an undetermined time, despite having a largely completed text.

On March 5, Russia unexpectedly demanded sweeping guarantees its trade with Iran would not be affected by sanctions imposed on Moscow over its invasion of Ukraine - a demand Western powers say is unacceptable and Washington has said it won't accept.

"Iran's oil exports have risen under the toughest sanctions and without waiting for the outcome of the Vienna talks," said Owji.

The increase was thanks to "different methods used to win contracts and finding different buyers," Owji said.

The rise had "even increased the bargaining power of friends in Vienna," he said, without elaborating.

Tehran's oil exports have been limited since former U.S. President Donald Trump in 2018 exited the 2015 nuclear accord and reimposed sanctions.

Iran views U.S. sanctions as illegal and has said it will make every effort to sidestep them.

Its oil exports have risen to more than 1 million barrels per day (bpd) for the first time in almost three years, based on estimates from companies that track the flows, reflecting increased shipments to China.

Iran increased exports in 2021 despite the sanctions, according to estimates from oil industry consultants and analysts. But they remained well below the 2.5 million bpd shipped before sanctions were reintroduced.