Brent at $113, WTI at $109 — oil prices are spiking this morning as traders scramble to find alternative sources 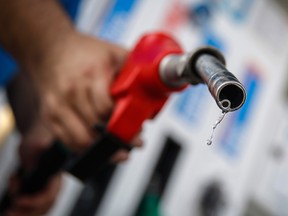 U.S. West Texas Intermediate (WTI) crude futures also jumped more than US$8 a barrel, hitting the highest since August 2013 before losing some steam to trade up US$5.86 or 5.7 per cent to US$109.27 a barrel.

“Due to limited diversification options, any disruption to Russia’s energy exports will result in another energy crisis in Europe,” said Kaho Yu, principal Asia analyst at risk consultancy Verisk Maplecroft.

“Although the U.S. has called for a global oil reserve release, oil prices are likely to remain above US$100 unless significant alternative supplies enter the market.”

Russian oil exports account for around 8 per cent of global supply.

Exxon Mobil on Tuesday said it would exit Russia oil and gas operations as a result of Moscow’s invasion of Ukraine. The decision will see the firm pull out of managing large production facilities on Sakhalin Island in Russia’s Far East.

While Western powers have not imposed sanctions on energy exports directly, U.S. traders at hubs in New York and the U.S. Gulf are shunning Russian crude.

U.S. President Joe Biden warned Vladimir Putin that the Russian leader “has no idea what’s coming” in a State of the Union speech dominated by Russia’s invasion of Ukraine.

A coordinated release of 60 million barrels of oil by International Energy Agency member countries agreed on Tuesday failed to reassure the market, and prices rose after the announcement.

Meanwhile the Organization of the Petroleum Exporting Countries, Russia and allies, together known as OPEC+, are due to meet on Wednesday, where they are expected to stick to plans to add 400,000 barrels per day of supply each month.

In a move likely to exacerbate global supply tightness, buyers are avoiding oil from the CPC pipeline originating in Kazakhstan, source of over 1 per cent of the world’s supply, due to sanctions concerns.