Oil Plunges To Lowest Price Of The Year Following Downgrade 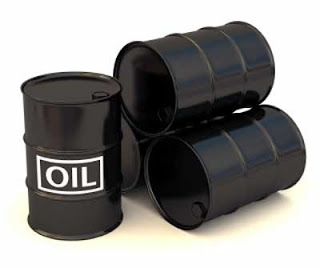 Oil's plunge to its lowest price of the year should provide Americans with some relief at the pump. But that may not be enough to calm their fears about the economy.

Benchmark West Texas Intermediate crude fell 6.4 percent, to settle at $81.31 per barrel on the New York Mercantile Exchange Monday. That was the lowest settlement price of the year for crude, which is down about 30 percent from its high in April.

Crude's falling price means lower costs in many parts of the U.S. economy. Airlines pay less for fuel, the price of plastics can fall and motorists see pump prices ease. But when the economy looks weak, consumers keep a tighter grip on the wallets, and won't necessarily spend more, even when energy costs are falling.

Worries about jobs, incomes and home values will overshadow falling gas prices, for example. Some analysts believe consumers and businesses will tuck money they don't spend on gas and diesel into savings until there is more clarity about where the economy is headed.

And the economy's outlook is cloudy for now. Ratings agency Standard & Poor's on Friday said it no longer considered U.S. Treasury debt one of safest investments in the world. The news followed a number of gloomy reports that showed growth in the U.S. was faltering, which means less demand for energy.

Energy analyst Jim Ritterbusch believes that uncertainty will take months to resolve, prompting Americans to remain careful about how much they spend.

"Right now, the consumer has just been overloaded with bad employment numbers, frustration over the debt ceiling issue, wondering what the downgrade of the U.S. debt really means to them, just a bunch of uncertainty out there," he said.

"Whether you're talking an individual or a business, people are just kind of running for cover here these days."

Even before S&P's downgrade, the U.S. economy looked frail. It grew only 1.3 percent in the second quarter. Although it added 117,000 jobs in July, manufacturing and consumer spending are getting weaker. Meanwhile, Europe continues to struggles with enormous debt.


PFGBest analyst Phil Flynn believes prices at the pump will drop as much as a quarter fairly quickly. Consumers may spend more on gas once they see some stabilization in the global financial markets. But, he added, "if confidence is so badly shattered, not even sharply lower oil prices are going to help."

Analysts think oil, which is refined into gasoline, will remain volatile this week as traders look for some clarity on where the economy and demand are headed. On Tuesday, the U.S. government and OPEC will both issue an updated forecast for global oil consumption.

Goldman Sachs analysts also believe oil prices will rise next year. They told clients in a note published Friday that the risk of a U.S. recession has risen, but their revised U.S. economic outlook remains consistent with a recovery at a slower pace, "which is typical following a housing bust."

In addition Goldman said the outlook for economic growth in China and other emerging markets is positive.

Oil is still higher than the $71.63 per barrel low of the past 12 months. Oil hit that on Aug. 24 of last year, when a combination of disappointing economic news and abundant supplies drove down prices.

Gasoline futures, meanwhile, have fallen between 35 cents and 40 cents in the last two weeks.

That will translate into a savings at the pump of about $140 million to $160 million a day for motorists, according to Cameron Hanover energy consultancy.

The national average price for retail gas was $3.663 a gallon Monday, according to AAA, Wright Express and the Oil Price Information Service. That's down 4.2 cents in the past week but still 88.7 cents more than a year ago.

Brent crude, used to price many international varieties of crude, on Monday fell $5.63, or 5.2 percent, to settle at $103.74 per barrel on the ICE Futures exchange in London.