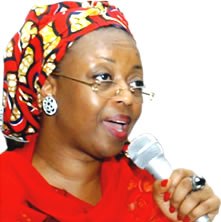 Petroleum Industry Bill Good for Some, Bad for Others

The Nigerian parliament is currently reviewing the country’s Petroleum Industry Bill (PIB), a bill that has been in the works since 2008.
The laws are meant to overhaul the nation’s oil and gas industry and to redefine the relationship with foreign oil partners, including Royal Dutch Shell (NYSE: RDS.A), ExxonMobil (NYSE: XOM), and Chevron (NYSE: CVX).
It has undergone a series of setbacks since the start due to protests from some of these foreign companies, stirred up by fear that investments would suffer.
Investments suffered even more, however, over a lack of these laws, and now companies are anxious for the bill to pass simply so that a restoration of stability can allow investments to flow again.
Yet more protests are emerging over a revised version submitted by the House of Representatives.
The Nigeria Extractive Industries Transparency Initiative (NEITI) has expressed fears that these new revisions will reduce government revenue by at least $3 billion annually.
According to the new terms of the bill proposed by the Senate, the revenue from royalties, profit, and oil would be $5.8 billion, down from the current revenue rate of $9 billion.
It would take revenue from production sharing agreements to 45% from 48% and joint venture revenue to 60% from 82%, reports The Nation.
NEITI demonstrated little faith in the provisions established by the House of Representatives:
“Sadly, the House of Representatives Report establishes fiscal terms with a government share of oil revenue below internationally competitive levels and with a structure that will result in the erosion of government petroleum revenue during the next five years.”
But with billions lost in potential revenue as a result of the bill’s many delays, it is likely that it will pass soon.
Diezani Alison-Madueke, the Nigerian Oil Minister, expressed hope that it would pass before the start of 2012.
The bill is aimed at building security in joint ventures with foreign companies, using more gas domestically, and making the state-owned company Nigerian National Petroleum Corp into five individual profitable companies, reports Platts.
Parliament will decide soon whether it is worth the revenue loss.
That’s all for now,
Brianna
Posted by Crude Oil Daily at 8:18 AM