Proposed Canadian pipeline will increase our dependency on foreign oil 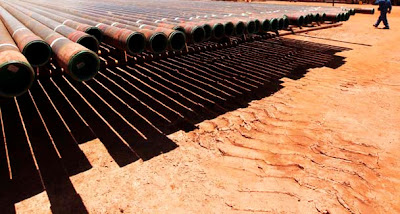 Letter writer Cindy Schild, a spokeswoman for the American Petroleum Institute, claims the Keystone XL pipeline to bring crude oil from Canada is needed to create jobs ("Keystone XL pipeline is a step toward the future", Aug. 22). Environmental effects aside, this misses the larger point.

After the short-term stimulus provided by construction of the pipeline, the project locks the U.S. into a long-term dependency on Canadian crude. We will have sent a negative signal to our domestic renewable energy markets while American energy dollars continue to leak abroad.

The Keystone XL Pipeline, designed to pump unrefined oil tar sands from Alberta to Texas, won a critical victory recently when the U.S. State Department concluded the project posed "no significant impacts" to the environment. That conclusion was horribly misaligned with reality.

TransCanada, a Calgary firm, intends its XL to move over 500,000 highly pressurized barrels per day through what it calls "the safest pipeline in North America" — faint praise for a company whose existing Keystone pipeline has spilled 12 times in one year.

Even more dangerous, however, is the resource-intensive extraction process. The EPA estimates carbon emissions from tar sand extraction to be 80 percent greater than average crude.

Instead of striving for a future of crisp, clean, green American energy, the federal government seems desperate to prolong our addiction to finite, filthy foreign fuels, and tar sands are perhaps the dirtiest of all. Their penetration through the American heartland should be staunchly opposed.

Mike Specian, Baltimore
Posted by Crude Oil Daily at 9:56 AM