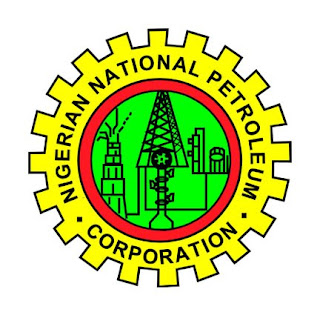 The Nigerian National Petroleum Corporation (NNPC) has cautioned its joint- venture partners to stop using the non- passage of the Petroleum Industry Bill (PIB) by the National Assembly, as an excuse for their inactivity in the upstream sector of the country’s oil and gas industry.

The NNPC therefore warned that if the joint- venture partners failed to take advantage of the opportunities that have presented themselves in the industry, others would.
The gas sector currently presents huge opportunities for investors to establish petrochemical, ferliser and methanol companies.

Austen Oniwon, Group Managing Director, NNPC, who gave the warning at the just concluded Society of Petroleum Engineers conference and exhibition held in Abuja , said:”Everybody talks about the Petroleum Industry Bill (PIB). I think we should agree that the PIB would be passed and when the PIB comes, all of us would just have to re-adjust to whatever the new PIB comes out with.

“Therefore, we should stop procrastinating and saying we are not going to take decisions because the PIB has not been passed”.

Oniwon said the joint venture partners should take decisions that would move the industry forward, because the PIB was designed to enhance the hydrocarbon business in Nigeria and make it more transparent.

He warned therefore, that opportunities available in the industry would not wait for the joint- venture partners and their colleagues, as others would come and fill the gap, if they failed to act proptly.

In the last four years, oil companies operating in the country have failed to invest in exploration activities which could result in an increase in the country’s crude oil reserves. The said oil companies have kicked against some provisions of the PIB and have refused to make new investments in their areas of operation. They have said that they are not comfortable with the fiscal regime in the PIB and as such, they are reluctant to invest.

The fiscal regime spells out how resources and profits will be shared between operators and government and also stipulates the conditions under which the companies will operate.

Speaking on the gas- to- power projects of the Federal Government, Oniwon said government desires to move from its current generating capacity of about 4,000 megawatts to about 20,000 megawatts, which will require huge investment, and that most of the thermal power plants would need the gas.

The demand for gas is expected to move therefore, from the current consumption level of 600 million standard cubic feet of gas (SCF )per day, to about 3 billion SCF/day by 2015.

This, he said, would require huge capital outlays and hardwork from the industry, because they have to deliver the much desired gas, to increase the current 4 ,000 megawatts of electricity to 20,000.

It is projected that over 65 percent of future power generation will come from gas, while hydro, coal and renewable energy will make up the difference. Nigeria’s power demand will be met by gas fired power plants, with a leaning towards combined cycle plants.
Posted by Crude Oil Daily at 9:01 AM