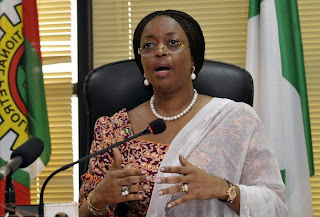 ABUJA — Nigerian onshore oil reserves are in certain cases declining by between 10 to 12 percent per year and new investment will be needed to push the industry forward, the country's oil minister said Monday.

"We need to take now a very pragmatic approach towards our maturing assets," Diezani Alison-Madueke told an industry conference in the capital Abuja.

"At the moment, we have an average decline of 10 to 12 percent, which means that we are very rapidly maturing."

She did not provide specifics, but Levi Ajuonuma, a spokesman for the state oil company, later told AFP that she was referring to the decline of onshore oil assets that are 50 years or older.

A long-delayed overhaul of the industry in Africa's largest oil producer has put a chill on new investment, with firms uncertain of what the new rules and taxes will be if and when it takes effect.

The minister said competition in the industry was increasing in Africa, pointing to new discoveries in other nations on the continent, and Nigeria cannot remain complacent.

"We need to begin to boldly confront the deep water," she said. "As the land and shallow offshore opportunities are maturing, we need now to confront both the technical and commercial challenges of the ultra deep water."

Nigeria is currently producing around 2.3 million barrels per day. It also has what has been estimated as the world's eighth-largest gas reserves, but they remain largely untapped, due in large part to a lack of infrastructure.
Posted by Crude Oil Daily at 10:26 AM