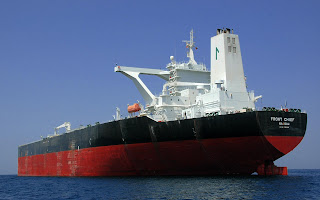 "For the moment there is no indication that they will sail this supertanker out of the region ... it's going to be sitting somewhere outside Singapore," a shipping source said.

Glencore and Hin Leong were not immediately available for comment.

The company's surge in diesel trading activity coincides with the arrival of veteran middle distillates trader Steven Chiang at Glencore, who joined them at the start of July from Barclays Capital.

Gas oil demand had been poor in July but is expected to pick up in the region, with outlets seen in China, Indonesia and Vietnam.

"Demand for diesel usually picks up in the third quarter, and with the removal of the tariffs we could see more buying from international markets than previously," a trader said.

Traders said the gas oil bought by Glencore and Hin Leong could also be destined for Indonesia, which will see higher demand ahead of the Ramadan fasting month which begins on Aug 1.

Front-month-Asia gas oil cracks at mid-day was valued at around $18.68, up about 40 cents from the previous session, while the contango has improved 5 cents to 55 cents, Reuters data showed.
Posted by Crude Oil Daily at 11:17 AM