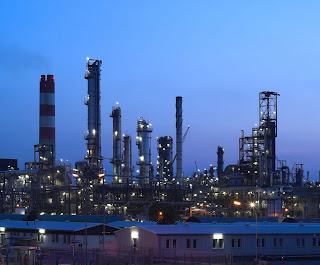 Libya's largest refinery, owned by Al Ghurair Energy and National Oil Company (NOC) is due to reopen despite the ongoing chaos in the area.

Located in the port city of Ras Lanuf, between Sirete – Muammar Quaddafi's hometown – and Benghazi, the refinery has been closed since February. Rebels seized it in August, before forces attacked it in September, killing 17 people.

Describing these incidents as 'an isolated event' NOC's chairman Nouri Berouin says the refinery will not experience another similar attack again, adding: 'We are preparing to give more protection to installations.'

The local demand for crude and oil products is said to have encouraged the joint venture to commence operations at the facility, which remains largely undamaged. Some small storage tanks were damaged.

Prior to closing its doors, the refinery processed 220,000 barrels per day of crude. The two companies are also planning to expand the facility, which would allow it to refine more valuable products. This project is expected to take a minimum of two years.

Libya's production levels have fallen from 1.6 million bpd to 60,000 bpd since fighting began. However, this figure is on the rise again and has reached 350,000 bpd. Berouin predicts the nation could return to its pre-conflict levels in just over a year's time.
Posted by Crude Oil Daily at 10:36 AM