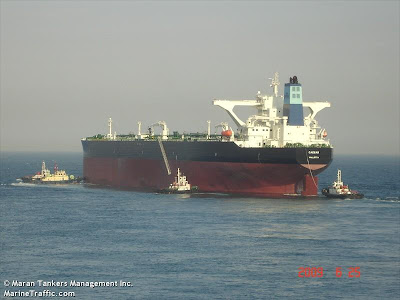 By Florence Tan and Luke Pachymuthu

SINGAPORE (Reuters) - Libya is exporting its first cargo of crude to Asia under a new government as the North African nation returns to normalcy following a months-long civil war.

The cargo, the third to ship from the country since conflict ended last month, will come as a relief to refiners in Asia who have been paying high premiums for crudes of the quality that Libya produces.

European trading company Gunvor booked oil tanker Wilmina to load 950,000 barrels of Libyan crude on Oct. 7, according to shipping fixtures. The destination was given as east of Suez, which traders said meant it was likely heading to China, which bought nearly 10 percent of Libya's crude output in 2010.

"To the Chinese, it's good in the sense that they won't have to pay very high premiums for sweet crude," FACTS Energy analyst Zhang Liutong said.

"The resumption of Libyan exports could also narrow the price gap between sweet and sour crudes."

Brent crude futures have held above $100 for most of the year, and hit a record premium over U.S. WTI crude futures , partly because Libyan supplies got cut off amid rising demand for oil from emerging nations such as China and India.

Saudi Arabia raised production to offset the loss from Libya, but this was of the heavier grades that are mostly produced by Middle East producers.

Brent's premium over Middle East marker Dubai rose to a 6-1/2-year high in June as a slump in output of sweet grades from the North Sea and Nigeria added to the supply loss from Libya.

The first Libyan crude to be shipped in months sailed from the eastern port of Marsa el Hariga on Sept. 25 for Italy.

FACTS expects Libyan crude production to rise to 800,000 bpd by the end of this year and to return to the pre-crisis level of 1.6 million bpd by end-2012.

Libya will start pumping crude at two major oilfields in about two weeks, doubling production to 700,000 barrels a day by year-end, the country's top oil industry official said, in the latest sign that output is being restored far quicker than many had expected.

While the resumption in operations at Repsol-operated Sharara field and Eni part-owned Elephant will help to boost output, the head of the National Oil Corp also warned that Libya's biggest oil terminal at Es-Sider may take more than a year to be fully repaired.

Of the two cargoes exported during the crisis, one was lifted by Vitol and delivered to Hawaii. The other was delivered to Sardinia, according to shipping data. One cargo, which was meant to be lifted by Italy's Eni, failed.

(Reporting by Florence Tan and Luke Pachymuthu; Writing by Manash Goswami; Editing by Michael Urquhart)
Posted by Crude Oil Daily at 8:47 AM