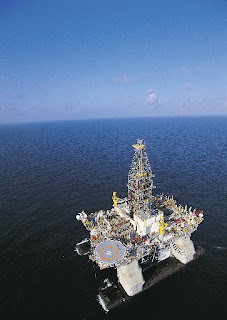 Anadarko Petroleum (NYSE:APC), the second-largest independent oil and natural gas producer in the U.S., remains one of the most active Western energy firms in Africa. Earlier this month, Texas-based Anadarko announced it will move forward with a previously delayed drilling project off Ivory Coast, a project that was delayed in February due to political unrest in Ivory Coast. The company is also eying Ivory Coast’s Paon prospect for a start date sometime next year. Anadarko competes with major integrated oil firms such as Exxon Mobil (NYSE: XOM), Chevron (NYSE: CVX), ConocoPhillips (NYSE: COP) and BP (NYSE: BP).
We have a price estimate of $84.60 on Anadarko, which is a premium of around 20% to the current market price.
Anadarko’s Ivory Coast announcement was preceded by news from the company in August that it made a significant oil find in Ghana where it is partnering with U.K.-based Tullow Oil to tap the Jubilee field. Anadarko said in a statement its Akasa-1 exploration well on the West Cape Three Points Block encountered 108 net feet of primarily high-quality, oil-bearing pay from four main Turonian-aged sand packages, similar to those found in the Jubilee and Mahogany East areas.
That well was drilled to a depth of 12,850 feet in 3,800 feet of water, Anadarko said in the statement. The company also said its Tweneboa discovery on the Deepwater Tano Block showed sustained rates of approximately 3,500 barrels of oil per day and 30 million cubic feet of natural gas per day during a recent flow test.
According to our analysis, Anadarko derives the bulk of its share value from the production and sale of crude oil. This clearly underscores the company’s need to invest heavily in international deep-water project
Anadarko forecasts oil and gas production increase of 7%-9% over the next several and we expect the oil production to be an area of focus as the company looks to take advantage of high crude prices and brings new projects online.http://www.trefis.com/stock/apc/articles/76740/contributor-africa-to-help-boost-anadarkos-oil-gas-output/2011-10-03
Posted by Crude Oil Daily at 8:19 AM