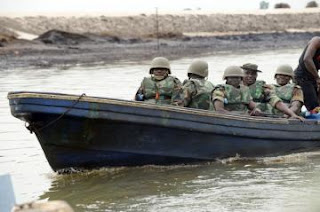 The News Agency of Nigeria (NAN) recalls that armed men attacked a fuel supply vessel at an offshore location within the company's oil block on September 30, abducting the captain and injuring a crew member.
A similar attack on October 17 led to the abduction of another captain of a vessel named `MV Wilbert Tide'.

The security sources at the Qua Iboe crude export terminal told NAN that the two captains regained their freedom last weekend, but declined to state if any ransom was paid to secure their release.

``The captain of MV Wilbert Tide, Mr. Huque, a Bangladeshi national and his Nigerian counterpart, whose name could not be ascertained, were released at Ibaka brigde from where they made contact.

``The Bangladeshi captain contacted diplomats from his country who facilitated his return to his home country to meet his family and relatives,'' an anonymous security source said.

Mobil's Public Affairs Manager, Mr. Nigel Cookey-Gam, confirmed the release of the contract workers in a telephone chat with NAN on Wednesday.
``Reports from our contractors indicate that the abducted captains have regained their freedom and re-united with their families,'' Cookey-Gam said.
Posted by Crude Oil Daily at 12:12 PM