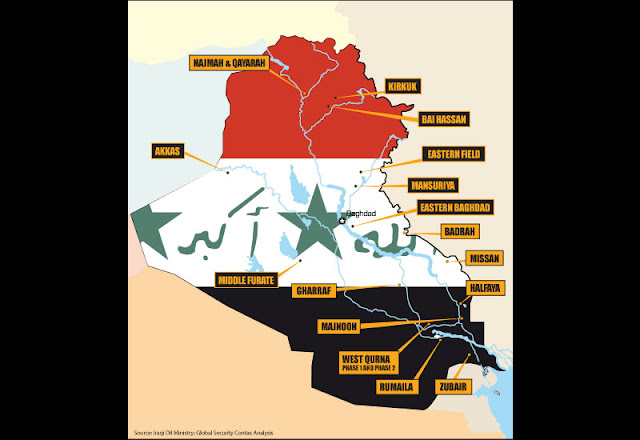 “These oil quantities were transported by the 28 different multinational oil companies working in Iraq. Exports were carried out thru Basra Port an Khawr Al Aamiah on the Arab Gulf, from Ceyhan Turkish port on the Mediterranean and thru oil trucks towards Jordan”, the same source added.

Iraq State Oil Marketing Organization (SOMO) said in September 2011 that the overall of Iraq crude oil exports for August reached 67.9 million barrels which brought in an income that exceeded 7 billion US dollars.

In March 2011 Iraq Ministry of Oil announced that Iraq oil reserves increased to reach 143 billion oil barrels and 123 trillion cubic meters of gas. It is to be noted that Kurdistan oil reserves are not included in these figures.
Posted by Crude Oil Daily at 10:42 AM