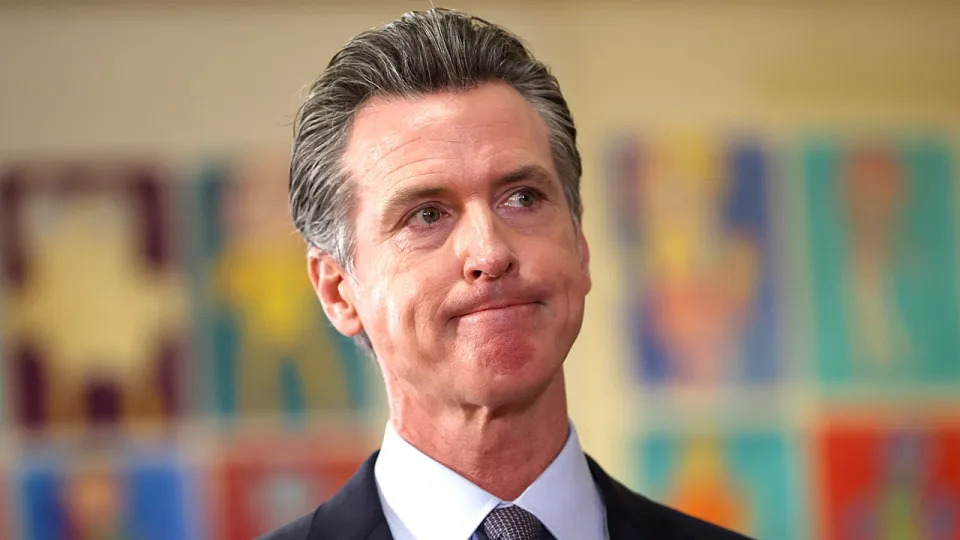 California lawmakers are pushing legislation that would impose a new tax on the state's wealthiest residents — even if they've already moved to another part of the country.

Assemblyman Alex Lee, a progressive Democrat, last week introduced a bill in the California State Legislature that would impose an extra annual 1.5% tax on those with a "worldwide net worth" above $1 billion, starting as early as January 2024.

As early as 2026, the threshold for being taxed would drop: those with a worldwide net worth exceeding $50 million would be hit with a 1% annual tax on wealth, while billionaires would still be taxed 1.5%.

Worldwide wealth extends beyond annual income to include diverse holdings such as farm assets, arts and other collectibles, and stocks and hedge fund interest.

The legislation is a modified version of a wealth tax approved in the California Assembly in 2020, which the Democrat-led state Senate declined to pass

The current version just introduced includes measures to allow California to impose wealth taxes on residents even years after they left the state and moved elsewhere.

Exit taxes aren't new in California. But this bill also includes provisions to create contractual claims tied to the assets of a wealthy taxpayer who doesn't have the cash to pay their annual wealth tax bill because most of their assets aren't easily turned into cash. This claim would require the taxpayer to make annual filings with California's Franchise Tax Board and eventually pay the wealth taxes owed, even if they've moved to another state.

California was one of several blue states last week to unveil bills to impose new wealth taxes. The other states were Connecticut, Hawaii, Illinois, Maryland, Minnesota, New York and Washington. Each state's proposal contained a difference tax approach, but they all centered around the same basic idea: the rich must pay more.

Lee's office didn't respond to a request for comment for this story. However, he's made public statements echoing the message that wealthier residents should pay higher taxes.

"The working class has shouldered the tax burden for too long," Lee wrote in a tweet. "The ultra-rich are paying little to nothing by hoarding their wealth through assets. Time to end that."

According to Lee, the tax would affect 0.1% of California households and generate an additional $21.6 billion in state revenue, which would go to the state general fund. California has among the highest taxes of any state in the country.

Advocates argue that the money could boost funding for schools, housing and other social programs. Perhaps more importantly, however, Lee hopes it could help address California's massive $22.5 billion budget deficit.

"This is how we can keep addressing our budgetary issues," he told the Los Angeles Times. "Basically, we could plug the entire hole."

However, experts counter that the bill will have the exact opposite effect through high administrative costs and by causing an exodus of people to flee the state.

"It brings significant administrative challenges with respect to asset and liability valuation, high and distortionary effective rates, among other problems that make it an inefficient revenue source," Gordon Gray, director of fiscal policy at the American Action Forum, told Fox New Digital.

Others echoed this point, also arguing a new wealth tax would likely lead many wealthy residents to leave California.

"The proposed California wealth tax would be economically destructive, challenging to administer and would drive many wealthy residents — and all their current tax payments — out of state," Jared Walczak, vice president of state projects at Tax Foundation, told Fox News Digital. "The bill sets aside as much as $660 million per year just for administrative costs, more than $40,000 per prospective taxpayer, giving an idea of how difficult such a tax would be to administer."

People are already moving from high-tax states into low-tax ones, according to a recent analysis by James Doti, president emeritus and economics professor at Chapman University. He found that the 10 highest tax states lost nearly 1 in 100 residents in net domestic migration between July 2021 and July 2022, while the 10 lowest tax states gained almost 1 in 100.

California lawmakers pushing the wealth tax think they can "get around" the problem of residents leaving "by trying to tax people even after they leave the state," said Patrick Gleason, vice president of state affairs at Americans for Tax Reform. However, he, Gray and Walczak all questioned the legality of such an approach or labeled it outright unconstitutional.

CALIFORNIA VOTERS REJECT TAX THAT WOULD HAVE FUNDED ELECTRIC VEHICLES

Past studies have shown that the top 1% of taxpayers pay about 50% of state income taxes in New York, California and elsewhere, raising the question of how damaging a mass exodus of wealthy residents could be to tax revenue.

Walczak noted that a wealth tax would be especially problematic for California, joking that the people most excited about such a law should be people in Texas, where some high-profile Californians have relocated in recent years.

"A wealth tax could be particularly destructive in California, home to so many tech startups, because the owners of promising businesses could be taxed on hundreds of millions of dollars' worth of estimated business value that never actually materializes," said Walczak. "Very few taxpayers would remit wealth taxes, but many taxpayers would pay the price. The only people who should genuinely love a California wealth tax are the ones who work in Texas' economic development office."

However, some proponents of wealth taxes argue they're necessary to combat economic inequality.

Maryland Democrat Delegate Jheanelle K. Wilkins, for example, has proposed a bill so that families would owe taxes on inheritances over $1 million rather than $5 million, as is the case today. She said such ideas will now gain more support after the COVID-19 pandemic exposed inequality between the rich and poor.

"That's quite a bit of funds that we're leaving on the table," she told the Washington Post.

Other supporters say wealth taxes are small and the rich can afford them. But experts note that because the rates are on net worth, not on income, they have an outsized effect.

Walczak illustrated the point in a recent blog post, using as an example a $50 million investment, held for 10 years and earning a 10% nominal annual rate of return in an environment of 3% annual inflation. Without a wealth tax, that investment would yield $46.5 million in investment returns, in current dollars, after 10 years. With a 1% wealth tax, however, it would yield $37.3 million, wiping out nearly 20% of the gains.

Wealth taxes "cut deeply into investment returns, to the detriment of the broader economy," wrote Walczak. "Average taxpayers may not care if the ultra-wealthy have lower net worths. But they will certainly care if innovation slows and investments decline."