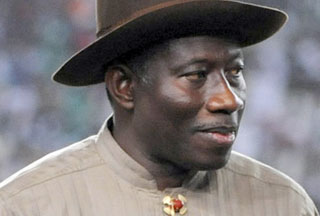 ABUJA (Reuters) - Nigerian President Goodluck Jonathan on Wednesday changed top management at regulators overseeing Africa's biggest oil industry, a body criticised in the past by international agencies for a lack of transparency.

Reginald Chika Stanley, who currently works within the state-oil company, becomes executive secretary of the Petroleum Products Pricing and Regulatory Agency (PPPRA), a statement from the presidency said.

PPPRA is in charge of paying fuel subsidies to importers. Subsidy payments on petrol imports, which Nigeria says costs the government over $7 billion a year, are due to be scrapped beginning next year.

The DPR is in charge of regulating Africa's biggest oil and gas business and has been involved in organising licensing rounds in the past.

The two replace Goody Chike Egbuji at PPPRA and Andrew Obaje at DPR. No reason was given for the changes. (Reporting by Felix Onuah; Writing by Joe Brock; editing by Jason Neely)
Posted by Crude Oil Daily at 10:40 AM