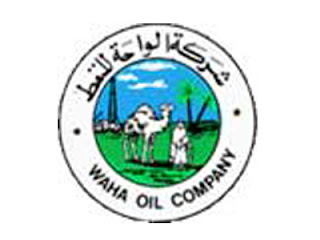 The Tripoli-based company plans to raise its output to the maximum level “as soon as possible” after pumping crude from the Dahra and Samah fields, Libyan state-run NOC said.

Waha Oil was producing 350,000 to 400,000 barrels of crude a day before protests erupted against Libyan leader Muammar Qaddafi, roughly a quarter of the country’s pre-crisis output. The company is 59 percent owned by NOC, with the rest held by ConocoPhillips, Marathon Oil Corp. and Hess Corp.

Libya, holder of Africa’s biggest crude reserves, is currently producing more than 750,000 barrels a day. The North African country pumped 1.6 million barrels a day before the rebellion broke out in February.

To contact the reporter on this story: Ola Galal at ogalal@bloomberg.net.

To contact the editor responsible for this story: Stephen Voss at sev@bloomberg.net.
Posted by Crude Oil Daily at 11:27 AM