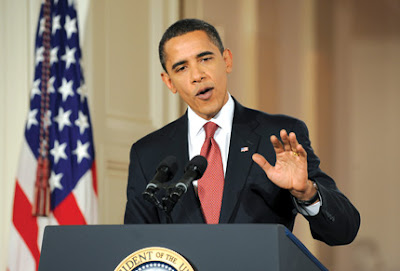 WASHINGTON (AP) — President Barack Obama on Friday declared an end to the Iraq war, one of the longest and most divisive conflicts in U.S. history, announcing that all American troops would be withdrawn from the country by year's end.

Obama's statement put an end to months of wrangling over whether the U.S. would maintain a force in Iraq beyond 2011. He never mentioned the tense and ultimately fruitless negotiations with Iraq over whether to keep several thousand U.S. forces there as a training force and a hedge against meddling from Iran or other outside forces.

Instead, Obama spoke of a promise kept, a new day for a self-reliant Iraq and a focus on building up the economy at home.

"I can report that, as promised, the rest of our troops in Iraq will come home by the end of the year," Obama said. "After nearly nine years, America's war in Iraq will be over."

Obama spoke after a private video conference with Iraqi Prime Minister Nouri al-Maliki, and he offered assurances that the two leaders agreed on the decision.

The U.S. military presence in Iraq stands at just under 40,000. All U.S. troops are to exit the country in accordance with a deal struck between the countries in 2008 when George W. Bush was president.

Obama, an opponent of the war from the start, took office and accelerated the end of the conflict. In August 2010, he declared the U.S. combat mission over.

"Over the next two months our troops in Iraq, tens of thousands of them, will pack up their gear and board convoys for the journey home," Obama said. "The last American soldier will cross the border out of Iraq with their heads held high, proud of their success and knowing that the American people stand united in our support for our troops."

More than 4,400 American military members have been killed since the U.S. and its allies invaded Iraq in March 2003.

The Associated Press first reported last week that the United States would not keep troops in Iraq past the year-end withdrawal deadline, except for some soldiers attached to the U.S. Embassy.

Denis McDonough, the White House's deputy national security adviser, said that in addition to the standard Marine security detail, the U.S. will also have 4,000 to 5,000 contractors to provide security for U.S. diplomats, including at the U.S. embassy in Baghdad and U.S. consulates in Basra and Erbil.

Throughout the discussions, Iraqi leaders refused to give U.S. troops immunity from prosecution in Iraqi courts, and the Americans refused to stay without that guarantee.

Moreover, Iraq's leadership has been split on whether it wanted American forces to stay.

When the 2008 agreement requiring all U.S. forces to leave Iraq was passed, many U.S. officials assumed it would inevitably be renegotiated so that Americans could stay longer.

The U.S. said repeatedly this year it would entertain an offer from the Iraqis to have a small force stay behind, and the Iraqis said they would like American military help. But as the year wore on and the number of American troops that Washington was suggesting could stay behind dropped, it became increasingly clear that a U.S. troop presence was not a sure thing.

The issue of legal protection for the Americans was the deal-breaker.

But administration officials said they feel confident that the Iraqi security forces are well prepared to take the lead in their country. McDonough said assessment after assessment of the preparedness of Iraqi forces concluded that "these guys are ready; these guys are capable; these guys are proven; importantly, they're proven because they've been tested in a lot of the kinds of threats that they're going to see going forward.

"So we feel very good about that."

Pulling troops out by the end of this year allows both al-Maliki and Obama to claim victory.

Obama kept a campaign promise to end the war, and al-Maliki will have ended the American presence and restored Iraqi sovereignty.

The president used the war statement to once again turn attention back to the economy, the domestic concern that is expected to determine whether he wins re-election next year.