With Moody's Downgrading Big Banks, Markets Are In Summer Meltdown 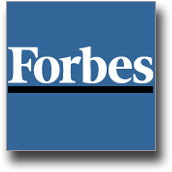 The summer heat has descended on financial markets, melting away hopes for a stronger economic recovery. In New York the temperature just about hit 100 degrees on Thursday and a season that has in recent years been brutal for financial markets has begun.

The economic data on the second day of summer were grim, showing a decline in both existing U.S. housing sales and, according to the Federal Reserve Bank of Philadelphia’s economic index, in manufacturing.

Move up http://i.forbesimg.com tMove down
Chatter mounted in the afternoon that Moody’s Investors Service was set to finally strike big global banks with the credit downgrades the credit agency has been working on since the winter, which would increase borrowing costs and potentially limit some of their trading activities. Early in the evening, Moody’s announced downgrades for 15 banks. The worst hit was Credit Suisse, which was dropped three notches. Moody’s made two-notch downgrades to Morgan Stanley, Goldman Sachs, JPMorgan Chase and Citigroup.

U.S. Treasury bonds look better than ever for investors looking for a safe haven from the summer heat. The Moody’s downgrades not only impact the banks directly, but other seemingly safe financial assets like money-market funds, for example, that invest in bank debts might look a little less attractive to the risk-averse investor because of the downgrades. The benchmark 10-year U.S. Treasury yield fell back down to around 1.6% on Thursday. It might be summer, but investors are jumping out of the risk-on swimming pool.

Investors who were betting on a lot of market support from central banks are clearly disappointed with Ben Bernanke and the Federal Reserve’s decision yesterday to only initiate a new round of Operation Twist, even though the Fed’s own statistics showed a slowdown in U.S. economic growth that suggests stronger action is required. The euro also fell on Thursday against the U.S. dollar as worries about the euro-zone continued to weigh on markets. Spain had to boost the yield on its short-term bonds to a record level just to sell $2.8 billion of them, and an audit revealed Spain’s troubled banks had a $78 billion capital shortfall.

The summer has often been a time in recent years when sunnier outlooks for financial markets have faded. The summer of 2012 is getting off to an ominous start.
Posted by Crude Oil Daily at 10:14 AM