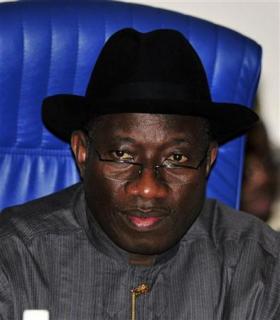 Nigeria’s President Goodluck Jonathan has dismissed the managing director and several other executives of the state oil company NNPC. According to a statement, the removals were to ensure “greater transparency and accountability.”

The firm’s director Austen Oniwon has been replaced by chemical engineer Andrew Yakubu. "To further strengthen the on-going reforms... President Jonathan has approved the re-composition of the executive management team of the NNPC," a statement from the president's office read.

Nearly five months ago, the country saw its former corruption chief appointed to head a new task force. Nuhu Ribadu leads a team to police the oil sector by tracking revenues paid to the government while monitoring oil production and exports.

This is the latest as NNPC has faced a string of negative publicity recently from scam artists to losing a member of its staff in a recent plane crash.
Posted by Crude Oil Daily at 9:12 AM