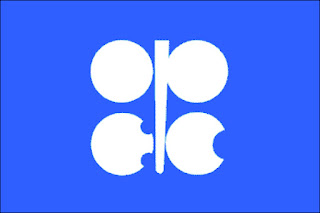 The Organization of Petroleum Exporting Countries will trim exports as Gulf producers led bySaudi Arabia pare a surge in output, according to tanker-tracker Oil Movements.


OPEC, responsible for about 40 percent of global supplies, will reduce shipments by 20,000 barrels a day to 23.92 million a day in the four weeks to July 7, compared with 23.94 million to June 9, the researcher said today in an e-mailed report. The data exclude Angola and Ecuador. The group pledged to constrain supplies at a meeting last week in order to comply better with its collective production target.

“The Gulf generally is going down with the Saudis in the lead,” Roy Mason, the company’s founder, said by telephone from Halifax, England. “It’s been an unusual second quarter in that sailings have gone down from beginning to end, and that is a result of high Middle East sailings at the beginning.”

Exports from the Middle East, including non-OPEC members Oman and Yemen, will slip 0.5 percent to 17.58 million barrels a day in the four-week period, according to Oil Movements.

Crude on board tankers will average 496.81 million barrels, up 3.9 percent from the month to June 9, the researcher said. Oil Movements calculates shipments by tallying tanker-rental agreements. Its figures exclude crude held on board ships used as floating storage.