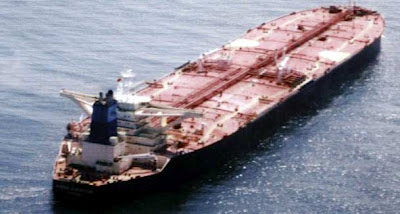 Japan's cabinet has submitted a bill to the country’s parliament to allow the government to provide insurance cover for tankers importing Iranian crude.

The bill would enable the Japanese government to offer insurance cover up to $7.6 bill for tankers carrying Iranian crude once the EU ban on purchasing and insuring Iran’s oil shipments takes effect on 1st July, Japan's Transport Ministry said in a statement on Monday to the newswires.

According to Reuters, under Japanese law, shipping companies entering the country’s territorial waters must obtain liability insurance against damages from accidents, including oil spills and fatalities.

Most of this coverage is offered by the Japan Shipowners' Mutual Protection & Indemnity (P&I) Association, which in turn obtains re-insurance from other P&I clubs and other insurers to cover potentially large claims.

However, insurers in the EU, the biggest market for re-insurance, will be prohibited from covering liabilities for tankers carrying crude from Iran. Without the EU's re-insurance, liability provided by Japanese insurers would cover damages only up to $8 mill.

The sovereign scheme would provide up to $7.6 bill more for a critical incident, with a maximum cover for oil spills at $1 bill given their higher frequency than other types of accidents.
Japan's Transport Minister aims to finish signing contracts with about 10 companies operating tankers bound to Japan by 1st July to avoid a major impact from the EU sanctions, a transport ministry official said, according to Reuters.

Japan's government is in talks with shipping companies over an annual fee for the additional coverage for Iranian crude of around 15 mill yen ($189,000) per tanker, the ministry official said, compared with an ordinary fee of 20 mill to 30 mill yen without any limit on destination.

On 23rd January, under pressure from the US, EU foreign ministers approved new sanctions against Iran, banning oil imports across the EU, which also included the extending of insurance coverage for tankers carrying Iranian crude. In March, the US exempted Japan from financial sanctions against Iran.

According to Reuters, several East Asian importers of Iranian crude, including China, South Korea, and Japan, are willing to maintain their imports from Iran to meet their domestic energy demands.

Reuters also said that a senior NITC official claimed this week that the company had $1 bill in ship insurance cover to keep its fleet moving.

The unnamed NITC official told Reuters that his company's Asian business was not affected. "We can trade with no problems at all everywhere in Asia."

He declined to give figures for shipments, however, and his comments contrasted with evidence from Asian buyers that they were significantly scaling back purchases from Iran. These included a senior Chinese oil executive who also said this week that refiner Sinopec will cut imports by up to a fifth this year.

Iran-based shipping sources said in April that Iran had been forced to deploy more than half of its national tanker fleet to store oil, due to the Western sanctions, Reuters reported.
NITC lost its vessel insurance cover from European providers last year due to the sanctions imposed on Iran. It secured alternative cover mainly in Asia and also in Iran from privately owned Kish P&I.

Kish P&I relies on state-run Central Insurance of Iran as its re-insurer. Any claim made against it would likely have to go through a sanctioned bank. Nevertheless, Kish has said it is confident it would be able to pay Western claims in the event of accidents.

Last Monday, Washington added India and South Korea, but not China, to the list of countries exempt from sanctions that begin on 28th June - cutting companies off from the US financial system.
Posted by Crude Oil Daily at 1:40 PM