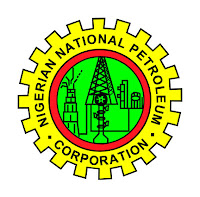 The industry lost a veteran player this past weekend when an airplane operated by Dana Air crashed in Lagos. Levi Ajuonuma, Group Public Relations Officer and long-time spokesperson for the Nigeria National Petroleum Corp. (NNPC) was onboard the aircraft that went down in a commercial area of Lagos killing all 153 people onboard and at least a dozen others on the ground.

Most of the casualties were Nigerian including three generals. Also among the victims are six Chinese nationals and two Americans from Missouri City, Texas who had returned to the country for a family wedding.

Many residents blame corruption for the incident. One resident blogger wrote: “Accidents happen everywhere, but in a corrupt society like ours, bribing someone to make the unworthy worthy, increases the rate of accidents. Our major problem is corruption. Corruption can allow an unworthy vehicle to run on an unworthy road whose quality is approved by corrupt road inspectors. Aircrafts that need to undergo major maintenance may be allowed to fly with the approval of a corrupt officer. The unqualified technician may replace the qualified one through corruption.”

President Goodluck Jonathan has ordered a full investigation into the tragedy and called for three days of mourning.
Posted by Crude Oil Daily at 9:39 AM