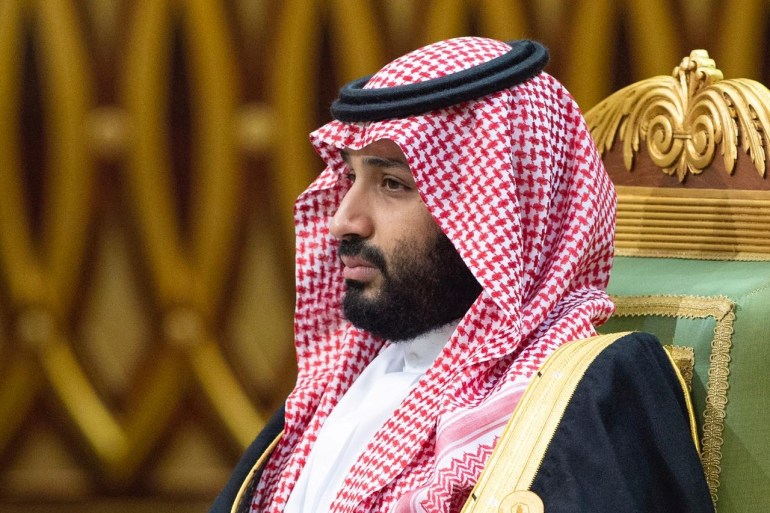 Never miss a story: Follow your favorite topics and authors to get a personalized email with the journalism that matters most to you.

One of the world's biggest petroleum companies more than doubled its profits in 2021 as global demand soared. Now, it’s doubling down, and investing tens of billions more into oil production this year as prices soar.

Saudi Aramco, a major oil and gas company owned and managed by the Saudi royal family, announced it made $110 billion in profits last year, a 124% increase from 2020, according to the company's annual financial statement released on Sunday.

And that was before Russia’s invasion of Ukraine prompted many governments to begin severing their ties with Russian energy, and a major price jumps in the global oil market.

Aramco's big profits are fueling big new targets for the company, as it stands to become an even more crucial player in the global oil market over the next few years.

Saudi Aramco's lucrative year was powered by a soaring demand for oil as countries and governments began removing pandemic-era restrictions and economies reopened.

The company announced that it would increase its capital expenditure into oil production to as much as $50 billion a year, after investing slightly less than $32 billion last year, according to the annual report. Most of this will go into gradually increasing the company's oil production over the next five to eight years.

Aramco said it expects to sustain the increased investment of up to $50 billion a year until at least 2025, a target that is "in line with the Company’s belief that substantial new investment is required to meet demand growth."

But increased demand only takes into account one part of the red-hot global oil market.

Russia invaded Ukraine in February, causing international energy markets to descend into a frenzy of high and volatile prices.

Some countries, including the U.S., have banned Russian oil imports, while some lawmakers in Europe are pushing to do the same.

Russia was the world's third largest producer of oil behind the U.S. and Saudi Arabia and the largest exporter of crude oil before sanctions hit. Western limits on trade and fossil fuel companies willingly pulling out of Russia has left a gaping hole in the global oil supply just as demand was on the rise.

Leaders around the world have been scrambling since the invasion to find an alternative source of oil to replace sanctioned Russian energy imports.

Western leaders have been pushing the Saudi royal family to increase the country's oil production for weeks. The government has so far been unwilling to change its forecasted 2022 production targets, even going as far as screening U.S. President Joe Biden´s phone calls. And while Saudi Aramco's most recent annual report indicates that the company will increase production soon, this will only happen within the next five to eight years, far too late to have any tangible effect on the current global oil markets.

The Saudi government has insisted that it is not responsible for global oil shortages and high prices, citing domestic troubles with its own insurgent rebel group as the reason behind the country's inability to produce more oil in the short term.