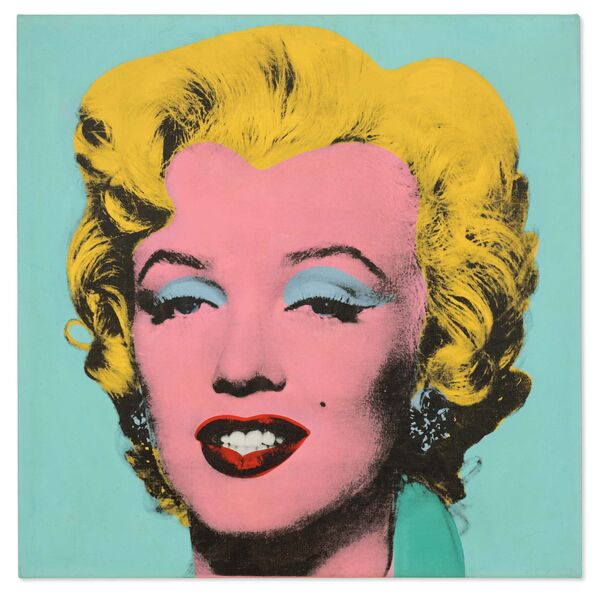 The highly coveted 1964 Marilyn Monroe painting would become the most expensive 20th century work ever to sell at auction.

In May, Christie’s will lead its marquee New York sales week with an auction of an Andy Warhol Marilyn silkscreen carrying an estimate in the region of $200 million.

If the 1964 work, Shot Sage Blue Marilyn sells for that amount, it will be the most expensive 20th century painting to ever sell at auction, according to Christie’s.

“This is one of the most iconic paintings of our time,” says Alex Rotter, the chairman of 20th and 21st century art at Christie’s. “It’s always been a coveted painting, and it’s always been an icon.”

The artwork is being consigned by the Thomas and Doris Ammann Foundation in Zurich. Thomas was one of the most influential dealer/collectors of the 1980s, selling modern and Impressionist art to billionaires including Gianni Agnelli and Ronald Lauder. After he died of what was understood to be AIDS-related complications in 1993 at the age of 43 (his family officially listed the cause of death as cancer), his sister Doris took over the gallery and ran it until her death last year.

Proceeds from the sale will go, in their entirety, to the foundation, which is devoted to healthcare and educational programs for children.

Rotter says that the painting is not guaranteed, meaning that Christie’s didn’t commit to the work selling for a fixed price in advance of the sale; that means that if no buyers show up with a spare $200 million to spend, the work could go unsold.

“The foundation didn’t feel that a guarantee was necessary,” Rotter says, adding that there’s the possibility that between now and the May sale, a so-called third party guarantor could step in and effectively agree to buy the painting for a minimum price before the auction. (In that situation, if the sale price is higher than the guaranteed price, the third-party guarantor would usually receive a cut of the proceeds.)

Given the precarity of the sale, and the fact that the Warhol market has periodically sagged during the last decade, the $200 million estimate could be a tall order.

But Rotter says that the price tag has precedent. He cites the reported (although not confirmed) $250 million sale of an orange Warhol from the same series to Citadel’s Ken Griffin in 2018, and says that “there have been private sales of Warhols over $100 million.”

The $200 million estimate, Rotter continues, “is based on market information that told me that this is roughly the price-setting expectation, but also it obviously has something to do with the consignor, who agreed to that base valuation.” On the one hand, Rotter says, “at auction you wish you could estimate everything at $1 to $2 and let everyone decide, but it’s not realistic.”

The Warhol in question is one of a coveted series of five paintings of Marilyn, each on a different-colored background. One work from the series became a poster-child for tax avoidance schemes, when in 2008 the Chicago collector Stefan Edlis sold a turquoise Marilyn to hedge fund manager Steve Cohen for $80 million; Edlis avoided nearly $20 million in taxes by rolling the taxable proceeds of the sale into more art purchases.

This time around, Rotter speculates that bidders could primarily come from America and Asia. “It can go anywhere, but if you ask me now to make a guess, and I’d say America or Asia. Or the Middle East for that matter,” he says.