First US algae-powered flight takes to the skies 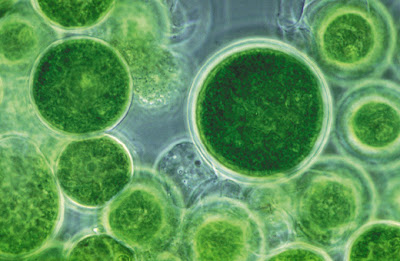 The first US commercial flight to be powered by biofuels derived from algae has flown from Houston’s IAH airport to Chicago’s O’Hare airport.

The microbially-derived biofuel, called Solajet, was manufactured by Solazyme and is a 60% petroleum-derived jet fuel.

Solazyme has signed a letter of intent with United Airlines to produce 500,000 tonnes of renewable fuel by 2015, and to supply up to 20 million gallons a year of the renewable jet fuel by 2014.

Although the fuel used in the Boeing 737-824 aircraft was produced by Solazyme’s fermentation process, Honeywell’s UOP was behind the processing technology.
Solajet complies with the ASTM D7566 specification for ‘synthetic paraffinic kerosene from hydroprocessed esters and fatty acids’, which specifies bio-based fuels intended to be blended with commercial jet fuel (Jet-A).

Mary Rosenthal, executive director of the Algal Biomass Organization, says: ‘This flight demonstrates without a doubt that algae-based fuels are 'here and now’, and as companies across the country scale up operations, we expect to see more aircraft and vehicles fuelling up with clean, domestic fuels made from algae.’

Jonathan Wolfson, CEO of Solazyme, adds: ‘The US navy has demonstrated the effectiveness of our fuel in multiple vessels over the past year, and we are honoured to be working with United Airlines and Honeywell's UOP to see this important next step in the commercialisation of our renewable fuels.’
Posted by Crude Oil Daily at 3:37 PM