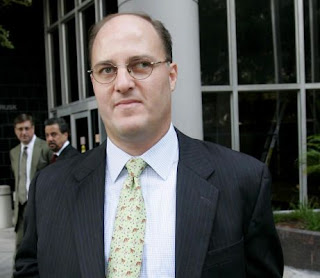 A former Enron official convicted by US courts is back in the energy business at the helm of a $100 (€73 million) million crude oil terminal and industrial park in Texas that seeks to profit from the shale revolution.

Timothy DeSpain, a former assistant treasurer at Enron who in 2006 was sentenced to four years probation after admitting to conspiring to commit securities fraud, is now the head of GT Logistics, a firm that is building a transportation hub in Port Arthur, Texas, near the site of some of the nation's largest refineries and chemical plants.

‘I have learned from my mistakes in the past and I'm appreciative of the partners that I have in this venture, and that they have enough faith and trust in me,’ said DeSpain, who received a lenient sentence for his high level of cooperation with federal prosecutors investigating Houston-based Enron, the energy giant that collapsed in December 2001.

‘People have been open to work with me,’ DeSpain, who helped found privately-owned GT Logistics, said in an interview.

The facility, which is named OmniPort and expected to open in spring 2012, will include a rail terminal with the capacity to receive up to 100,000 barrels of crude oil and other liquids per day being shipped by rail from recently developed areas such as North Dakota's Bakken Shale and the Eagle Ford Shale, in Texas.

The port will also include a 20 acre deepwater dock and receiving facility for imports and potential exports of US oil and refined products.

DeSpain's project highlights the opportunities being created by the ongoing US shale boom, which has reshaped the geography of the US energy industry and made it the focus of much deal-making. A lot of the work is being done in the logistics sector, as companies and entrepreneurs figure out how to bring the newfound oil and gas bounty to the areas where it can be processed and consumed.

The surge in US oil production has already helped create a glut in Cushing, Oklahoma, due to lack of pipeline capacity.

DeSpain's business model for the Port Arthur facility focuses on signing long-term contracts with some of the large refineries and chemical plants located a few miles away from the terminal, which would benefit from a faster turnaround time for products moving in and out of the plants.

‘We don't have any contract currently. We are negotiating several letters of interest and working out terms, conditions and pricing,’ says DeSpain, adding that he expects to announce some long-term contracts in the coming months.

Massive oil refineries run by companies such as Motiva Enterprise, ExxonMobil, Total SA and Valero Energy operate in the Port Arthur area, with a total processing capacity of about 1.1 million barrels of oil per day.

DeSpain said it has not been ‘difficult at all’ to go back in the oil business and gain the trust of financial partners and potential customers. ‘What happened with Enron is certainly something we talk about with every external party that we enter an agreement with,’ DeSpain said. ‘But the economics of the project are so compelling that people want to work with us.
Posted by Crude Oil Daily at 4:03 PM