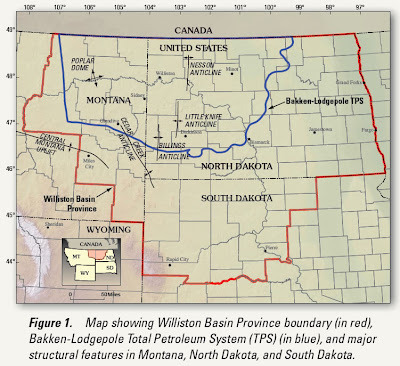 More than a decade after it was originally proposed, the Three Affiliated Tribes are finally calling for proposals to finance an oil refinery just inside the reservation's boundaries near Makoti.

If built, it will be the first refinery constructed in North Dakota since the former Mandan Refinery, now the Tesoro Refinery, went into operation in 1954.

The call comes shortly after the Environmental Protection Agency issued a record of decision this summer, approving the tribes' plan to process 15,000 barrels of Bakken crude daily into a variety of petroleum fuels.

Refinery project director Richard Mayer said the tribes are committed to building an exemplary clean fuels project with high environmental and safety standards that maintains clean air and water for the region and state.

The tribes are looking for a financial proposal that will cover an estimated $350 million to $400 million to build the refinery in four modular stages, the first stage with a capacity of 6,000 barrels of oil.

The tribes hope to retain 100 percent ownership, but will look at the potential for partnerships or joint ventures depending on the financial proposals that come in. Mayer said the tribes have been contacted by a dozen or so potential investors over the past year. While he wouldn't name them, he said anyone familiar with Bakken oil companies would likely recognize company names.

Mayer said if financing can be arranged, bids could go out this winter with construction startup in spring. He said the refinery could go on line as soon as summer because of the expedited modular construction style. All four stages and full capacity would be reached by late 2012, or 2013.

Footings for the flare stack were poured this summer at the 450-acre site just outside the reservation.

Mayer said the project has taken a long time and credits the tribal business council and Chairman Tex Hall for developing a government-to-government attitude to get the refinery back on a fast track.

"This has been Chairman Hall's priority one," Mayer said.

Hall was elected chairman again last year, after losing his re-election bid. The refinery was proposed in 2000 during his first term of office. The EPA started its environmental evaluation in 2003.

Mayer said the refinery is expected to be a major economic player for the reservation and surrounding area and will employ up to 70 full-time operators and supervisors when it's in full development. Process operations training for workers will potentially be available through Fort Berthold Community College on the reservation.

The tribes hope to have the refinery site land put into federal trust status, so that it's treated for tax and jurisdiction purposes just like other tribally-owned land. That decision has not yet been made by the Department of Interior and Bureau of Indian Affairs.

He said the oil will be delivered to the refinery by a pipeline stemming off the main Enbridge line, which travels out of the Bakken region as far as Berthold before turning north.

The decision to process Bakken crude, rather than semi-refined Canadian crude, as originally proposed, was made in 2010.

In its record of decision, the EPA said the change from Canadian to Bakken crude did not require the writing of a supplemental environmental report because they're similar fuels.

The EPA did decide - a change from its draft environmental statement - that the project will require an air quality permit under the Clean Air Act Prevention of Significant Deterioration of Class I increments before the refinery goes into operation.

The deadline for financing proposals is Dec. 1.
Posted by Crude Oil Daily at 2:29 PM