Saudi-Russia Oil Price War: Will It Script the End of Opec? 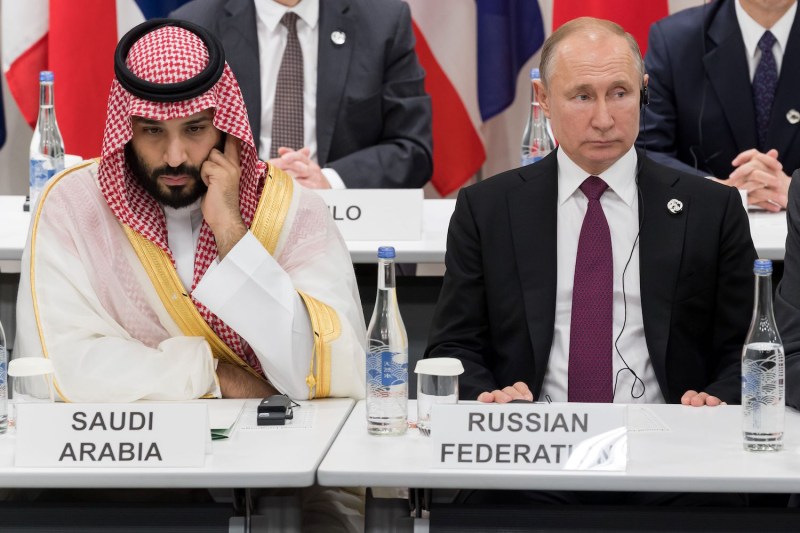 As is customary, Opec is supposed to reach its 60th year this year, and perhaps it will not celebrate this event as expected, this year.

The reason is Saudi Arabia’s decision to reduce and discount the price of selling oil and increase its production, after Russia refused to reduce its oil production.

In Opec, Saudi seems to be punching above its weight, resulting in the breakdown of the joint production agreement between Opec and Opec Plus that came into force in 2017. Saudi Arabia and the Opec had wanted to decrease production by one million barrels per day and ask for a corresponding decrease of half a million barrels per day from its non-Opec partners, of which Russia is one.

This was widely seen as an urgent measure to support market stability in light of the economic impact of coronavirus epidemic, but this proposal was not agreed upon by Russia. Russia had called on Saudi Arabia to increase its production and simultaneously increase the surplus in the market to about 4 million barrels daily in the market of the total promised oil supplies during the next month.

This means that as of April, when the current production cut agreement expires, all producers from inside and outside Opec allies, most notably Russia, Kazakhstan and Mexico, will be allowed production levels as they wish and without a ceiling, which means dumping a market, already suffering from slowing demand, with additional shipments of oil.

Saudi Arabia is supposed to make options that are in line with the current situation of the oil markets in terms of supply and demand and avoid the flare-up of an all-out oil war, which may lead to the end of Opec as it is betting on making use of its sovereign wealth fund to bridge the rift in the financial situation that will emerge as a result of falling prices.

While the need for more reductions in production is in agreement and coordination with Opec members and Russia; regarding future production, the Opec Plus agreement reflects the solidarity and consensual work as a temporary solution between oil exporters.

This is to maintain the market balance in terms of supplies, consumption, prices and refining capacity of oil refineries in light of the shrinking demand and decline in the global economy.

This decision will negatively affect the economy of Saudi Arabia, as it needs a barrel price of more than $70 in order to be able to balance its budget even though its production cost is only in the range of $7 per barrel.

As for Russia, where production costs are much higher than $20 a barrel, it can balance the budget at a price between $40 and $50 a barrel as it is in a better tax, financial and political leadership position than Saudi Arabia.

It may enable Russia to win the current oil price war. That said, it depends on the extent of the American-Saudi relations affected by the energy price war and returning to the negotiating table or the drop in oil prices to about $15 per barrel or less soon.