Fleet Of 28 Saudi Oil Tankers Could Send U.S. Oil Prices Crashing In May 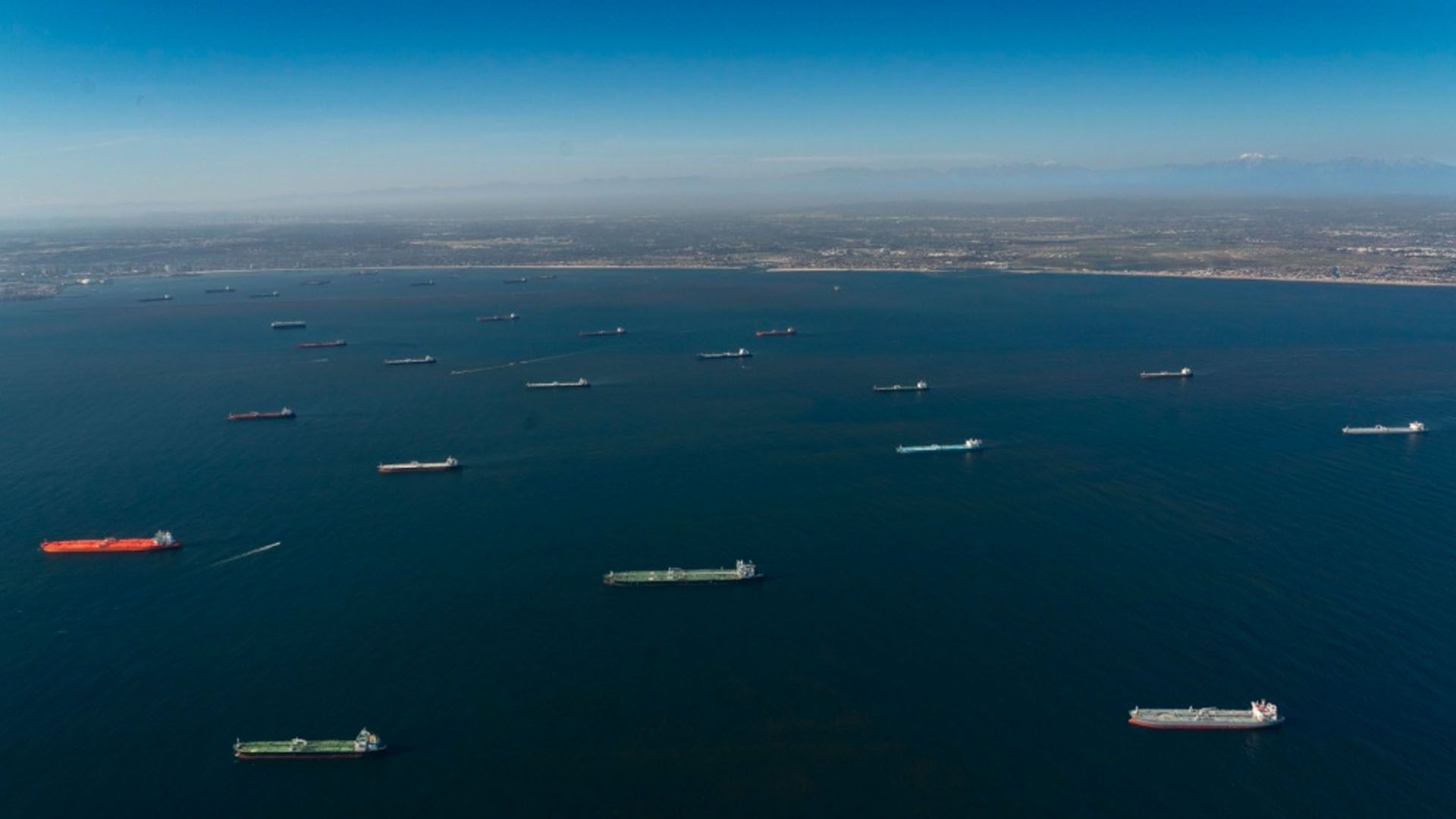 
With the Covid-19 pandemic reducing global oil demand by devastating numbers, oil storages are filling quickly in the US, forcing producers to start shutting output in the country and creating a big tanker congestion on its coasts. A Rystad Energy analysis reveals that 28 tankers with Saudi oil, including 14 VLCCs and carrying a total of 43 million barrels, will arrive on the US Gulf and West coasts between 24 April and 24 May.

The Saudi fleet, with oil loaded at Ras Tanura, will join an existing congestion of 76 tankers that are currently waiting to unload in US ports. Most of these tankers are on the West Coast, where 34 tankers are waiting in line to offload about 25 million barrels of crude. In addition, about 31 tankers, carrying a similar load, are waiting for a slot to unload on the US Gulf Coast.

The tanker congestion has spiked in recent days because refiners are canceling or deferring their purchases, as they adjust utilization rates to match the steep fall in demand for road and jet fuels.

“The total volumes booked to arrive from Ras Tanura are four times higher than the previous four-week average of imports from Saudi Arabia. Given the current storage situation and the level of congestion on US coasts, we find it unlikely that all tankers will be able to unload upon arrival. The congestion at US ports has reached new highs,” says Paola Rodriguez-Masiu, Rystad Energy’s Senior Oil Markets analyst. 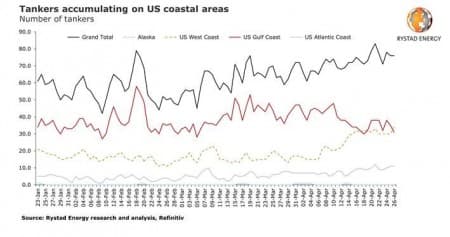 If all the Saudi tankers unload, the crude they carry will offset during May almost all of the production reductions from March levels, effectively maintaining the current high storage filling rates.
The limited storage is a growing concern in the oil market and among the key reasons why prices have taken a steep downturn in recent weeks, with US WTI crude even trading negative a few days ago.

Before the official stock build data for week 17 (ending on April 24), commercial crude stockpiles stood at 518.6 million barrels, nearly 9% above the five-year average for this time of year, and just 16.9 million barrels away from hitting the record level of 535.5 million barrels reached during the spring of 2017.

“While US refinery demand for crude has dropped over 3.0 million bpd during the last four-week period, the EIA reported that oil production has only decreased by 800,000 bpd. We expect it to drop by another 800,000 bpd in the following weeks. However, crude imports are forecasted to remain at around 5.8 million bpd during the next four weeks due to the Saudi cargos that are fast approaching US shores,“ Rodriguez-Masiu concludes.

US oil production is bracing for a steep decline in May and June as operators shut some of their producing wells due to storage constraints and oil price economics. The operator-communicated shut-ins alone (from six operators) are calculated to reach at least 300,000 barrels per day (bpd) in May and April, Rystad Energy has estimated.

Please note that total shut-ins only account for a portion of the US total production decline since March 2020 as the shut-in figure only includes production losses from producing wells that have been turned offline. It does not include production potentially lost from canceling drilling and completion plans.

By Rystad Energy
Posted by Crude Oil Daily at 12:03 PM