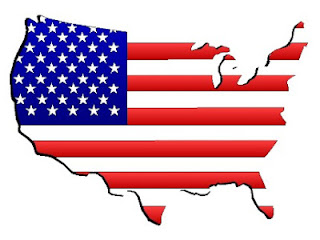 Driven by high prices and new drilling methods, U.S. production of crude and other liquid hydrocarbons is on track to rise 7 percent this year to an average of 10.9 million barrels per day. This will be the fourth straight year of crude increases and the biggest single-year gain since 1951.

The boom has surprised even the experts.

"Five years ago, if I or anyone had predicted today's production growth, people would have thought we were crazy," says Jim Burkhard, head of oil markets research at IHS CERA, an energy consulting firm.

The last year the U.S. was the world's largest producer was 2002, after the Saudis drastically cut production because of low oil prices in the aftermath of 9/11. Since then, the Saudis and the Russians have been the world leaders.

The United States will still need to import lots of oil in the years ahead. Americans use 18.7 million barrels per day. But thanks to the growth in domestic production and the improving fuel efficiency of the nation's cars and trucks, imports could fall by half by the end of the decade.

The increase in production hasn't translated to cheaper gasoline at the pump, and prices are expected to stay relatively high for the next few years because of growing demand for oil in developing nations and political instability in the Middle East and North Africa.

The companies profiting range from independent drillers to large international oil companies such as Royal Dutch Shell (RDS-A, RDS-B), which increasingly see the U.S. as one of the most promising places to drill. ExxonMobil (XOM) agreed last month to spend $1.6 billion to increase its U.S. oil holdings.

Increased drilling is driving economic growth in states such as North Dakota, Oklahoma, Wyoming, Montana and Texas, all of which have unemployment rates far below the national average of 7.8 percent. North Dakota is at 3 percent; Oklahoma, 5.2.

Businesses that serve the oil industry, such as steel companies that supply drilling pipe and railroads that transport oil, aren't the only ones benefiting. Homebuilders, auto dealers and retailers in energy-producing states are also getting a lift.

IHS says the oil and gas drilling boom, which already supports 1.7 million jobs, will lead to the creation of 1.3 million jobs across the U.S. economy by the end of the decade.

"It's the most important change to the economy since the advent of personal computers pushed up productivity in the 1990s," says economist Philip Verleger, a visiting fellow at the Peterson Institute of International Economics.

The major factor driving domestic production higher is a newfound ability to squeeze oil out of rock once thought too difficult and expensive to tap. Drillers have learned to drill horizontally into long, thin seams of shale and other rock that holds oil, instead of searching for rare underground pools of hydrocarbons that have accumulated over millions of years.

To free the oil and gas from the rock, drillers crack it open by pumping water, sand and chemicals into the ground at high pressure, a process is known as hydraulic fracturing, or "fracking."

While expanded use of the method has unlocked enormous reserves of oil and gas, it has also raised concerns that contaminated water produced in the process could leak into drinking water.

The surge in oil production has other roots, as well:

- A long period of high oil prices has given drillers the cash and the motivation to spend the large sums required to develop new techniques and search new places for oil. Over the past decade, oil has averaged $69 a barrel. During the previous decade, it averaged $21.

- Production in the Gulf of Mexico, which slowed after BP's (BP) 2010 well disaster and oil spill, has begun to climb again. Huge recent finds there are expected to help growth continue.

- A natural gas glut forced drillers to dramatically slow natural gas exploration beginning about a year ago. Drillers suddenly had plenty of equipment and workers to shift to oil.

The most prolific of the new shale formations are in North Dakota and Texas. Activity is also rising in Oklahoma, Colorado, Ohio and other states.

U.S. oil and liquids production reached a peak of 11.2 million barrels per day in 1985, when Alaskan fields were producing enormous amounts of crude, then began a long decline. From 1986 through 2008, crude production fell every year but one, dropping by 44 percent over that period. The United States imported nearly 60 percent of the oil it burned in 2006.

By the end of this year, U.S. crude output will be at its highest level since 1998 and oil imports will be lower than at any time since 1992, at 41 percent of consumption.

"It's a stunning turnaround," Burkhard says.

Whether the U.S. supplants Saudi Arabia as the world's biggest producer will depend on the price of oil and Saudi production in the years ahead. Saudi Arabia sits on the world's largest reserves of oil, and it raises and lowers production to try to keep oil prices steady. Saudi output is expected to remain about flat between now and 2017, according to the International Energy Agency.

But Saudi oil is cheap to tap, while the methods needed to tap U.S. oil are very expensive. If the price of oil falls below $75 per barrel, drillers in the U.S. will almost certainly begin to cut back.

The International Energy Agency forecasts that global oil prices, which have averaged $107 per barrel this year, will slip to an average of $89 over the next five years - not a big enough drop to lead companies to cut back on exploration deeply.

Nor are they expected to fall enough to bring back the days of cheap gasoline. Still, more of the money that Americans spend at filling stations will flow to domestic drillers, which are then more likely to buy equipment here and hire more U.S. workers.

"Drivers will have to pay high prices, sure, but at least they'll have a job," Verleger says.
Posted by Crude Oil Daily at 3:47 PM