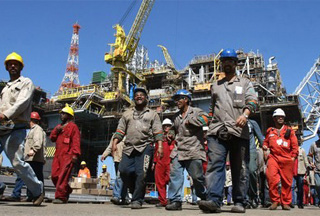 According to reports out of Nigeria the government plans to spend more than $1.6 billion in turnaround maintenance on three of its refineries. Speaking before the Senate Committee on Petroleum Resources Downstream Sector, Nigeria’s Minister of Petroleum Diezani Alison-Madueke said that the refineries in Port Harcourt, Warri, and Kaduna would see turnaround maintenance in an effort to get them running at full capacity.

The maintenance is expected to begin in January 2013 and is scheduled for completion in October 2014.

Over 75% of the parts needed for the maintenance on the Port Harcourt refinery have arrived the country.
Posted by Crude Oil Daily at 11:46 AM