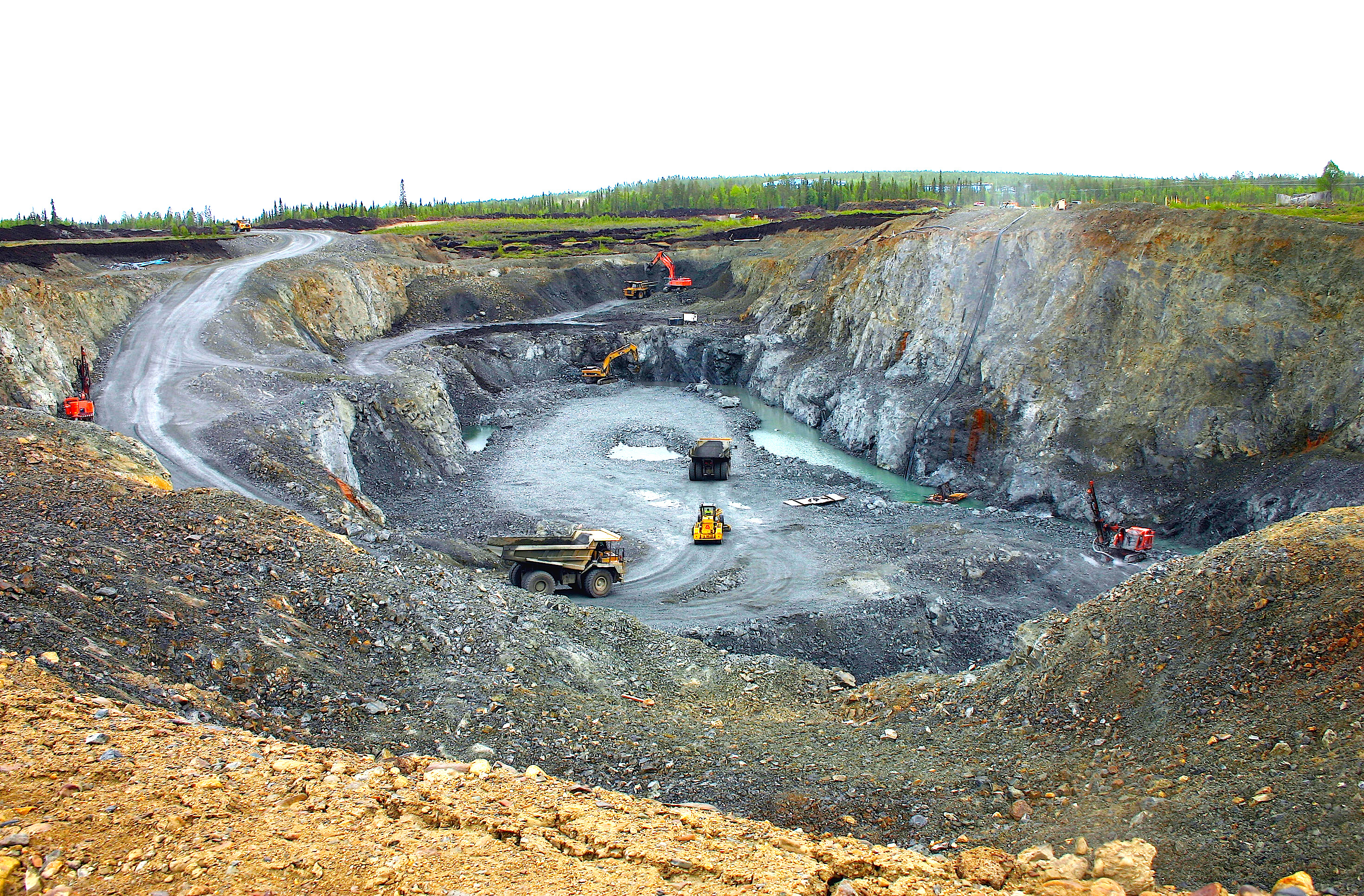 Extreme volatility on metal and mining markets continued into 2022 amid historically low stockpiles of metal on global exchanges, but for most sectors the risks remained on the upside.

The Ukraine war lit a fire under an already hot potash market, coal and uranium benefitted from the ongoing worldwide energy crunch, lithium soared and cobalt bolted.   Gold pierced $2,000 but couldn’t hold it and palladium hit a record only to pull back sharply.

Investors made the most of the turmoil with the MINING.COM TOP 50* ranking of the world’s most valuable miners jumping by $335 billion in Q1, extending a trend that has seen valuations balloon nearly 150% since the lows of March-April 2020.

From just over $700 billion at the depth of pandemic slump, the globe’s 50 most valuable mining companies now have a combined worth of $1.75 trillion, handily beating the previous record valuation set mid-2021.

The index received a boost from the merger, closed in February, of constituents Agnico Eagle and Kirkland Lake Gold that created a $30 billion-plus company, but valuations moved sharply higher across the board.

At the end of Q1 2020 a valuation of just over $3 billion secured a company a spot in the ranking while today, number 50 on the list, lithium and iron ore newcomer Mineral Resources, is valued at $8.5 billion.

The mid-tier has also been swelling – a year ago 17 companies enjoyed a market valuation above $20 billion. Now investors have pushed 30 miners above that mark.

Many of the counters – including big names such as Glencore, Anglo American and Newmont Goldcorp – are also trading close to 52-week highs.

The bottom did not fall out for Russia-based miners and, much like the rouble and the Moscow Stock Exchange, the country’s top companies have proved resilient.

Were it not for the fact that Alrosa dropped out of the top 50 after its valuation slid to $8.2 billion, Russia’s combined representation in the ranking would’ve decreased by only 12%.

Norilsk is placed outside the top 10 for the first time, but that is more of a function of soaring valuations among its peers – the nickel, palladium and copper producer only fell 16% in USD terms since the start of the year.

The dollar market cap of Polyus has in fact climbed in 2022 – no doubt boosted by its significance as rouble hedge on the MCX.

The Big 3 – BHP, Rio Tinto and Vale – dragged down the index last year, losing a combined $56 billion due to a pullback in iron ore prices and a cooling copper market in the latter part of 2021.

But the first three months of 2022 saw combined gains just shy of $100 billion for the $100 billion market cap club.

BHP peaked at a valuation of $206 billion mid-2021 and for a time was worth more than the oil major Shell, making it the most valuable stock on the LSE and marking a symbolic shift in the global resources sector.  On the ASX, the world’s number one miner is closing in on all-time highs after dropping its dual listing structure.

Rio Tinto’s USD market cap has grown 22% year to date, rebuilding after the reputational damage it suffered last year while Vale has come roaring back in 2022 topping $100 billion again after a 46% gain in US dollar terms on the Bovespa.

After spending time outside the top 10 not that long ago, Glencore’s been thoroughly rerated and this week regained its 2011 IPO price in London for the first time. Unlike its peers, Glencore has not abandoned coal mining amid a spike in prices, and its trading arm is benefiting from sky high prices for energy.

At the same time Anglo American, which six short years was in danger of suffocating under a pile of debt, is trading at all-time highs.  In January 2016 the market value of the company with a history going back more than a hundred years on the South African gold and diamond fields, fell to below $5 billion. Now it’s above $70 billion.

After quintupling in little over a year, some sanity may be returning to lithium prices and with it valuations of stocks in the sector.

Ganfeng Lithium is included in the top 50 ranking for the first time as the Chinese battery manufacturer moves aggressively upstream making no less than nine investments in mines and projects over the past few years. Ganfeng’s long term goal is output of 600ktpa LCE or 20% of the market from spodumene, brine and clay sources. (See Notes below table for more on inclusion criteria.)

Nevertheless, the volatile stock has lost a fifth of its value so far this year, and has nearly halved from its peak in Hong Kong in August last year as early backers take profits.

Albemarle has also been cut down from its high reached in November last year when the company was valued at $34 billion, but rival SQM has staged a massive comeback following a slump at the end of last year.

Ever volatile Tianqi Lithium falls 13 places to no. 31 in the ranking after losing 24% year to date to a dollar value of $18.7 billion for the Shenzen-listed stock. Tianqi briefly fell out of the ranking altogether two years ago.

Mineral Resources sneaks in at no. 50, bringing the number of lithium focused stocks in the ranking to five with a combined value of more than $100 billion.

Thanks to a rally a decade in the making since the Fukushima disaster,  uranium stocks rejoined the top 50 ranking for the first time in many years in 2021.

Mineral Resources just edged out Kazatomprom for the final spot in the Q1 snapshot although there is little to separate the companies’ valuation on any given trading day.

The uranium producer, which has expanded its listings well beyond Almaty over the last couple of years, joins Fresnillo, Alrosa and KGHM among big names just outside the top 50.

Canadian uranium producer Cameco rejoins the ranking at no. 43 from 51st at the end of last year as predicted. The Saskatoon-based company has poured cold water on punters talking up the uranium market, but it did not halt the counter’s nearly 100% surge over the past year.

Denver-based Royal Gold enters the top 50 for the first time, swelling the ranks of precious metals royalty and streaming companies to three. Royal Gold just pipped Perth-based gold producer Northern Star, which has been bubbling under the ranking for years, missing out on inclusion mostly due to timing.

Gold mining companies have been underperforming relative to the bullion price for more than a decade but precious metals share of value in the top 50 has been remarkably stable at just under a fifth of the index despite the gyrations of the gold price.

The exception was March 2020, when the sector represented 26% of the overall value after a heavy sell-off of industrial metals and mineral producers at the beginning of the pandemic.

Market capitalization calculated at primary exchange, where applicable, from total shares outstanding, not only free-floating shares.