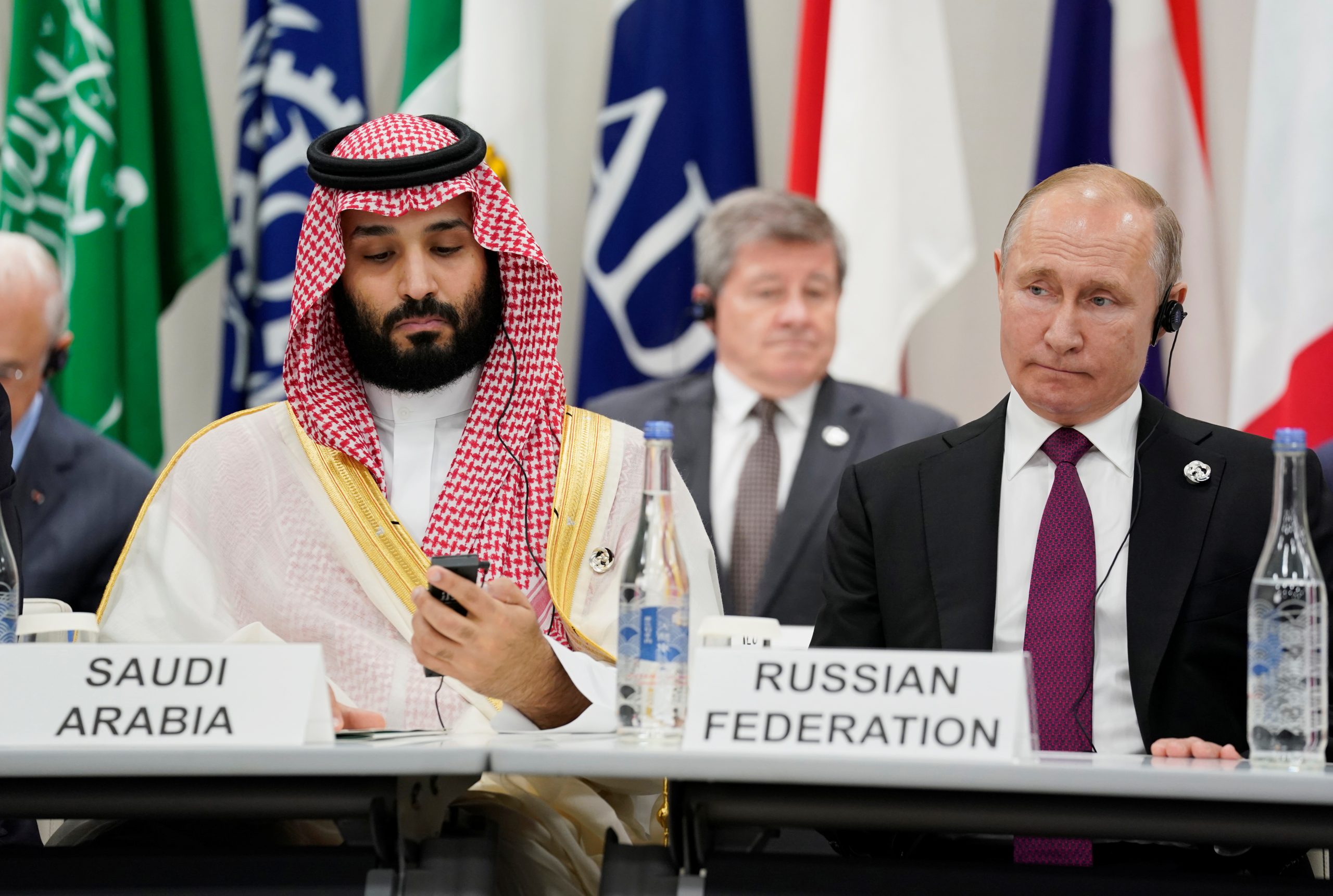 DUBAI, April 12 (Reuters) - A decision driven by Saudi Arabia that OPEC+ should stop using oil data from the West's energy watchdog reflected concern about U.S. influence on the figures, sources close to the matter said, adding to strain on ties between Riyadh and Washington.

The Organization of the Petroleum Exporting Countries and allies including Russia, a group referred to as OPEC+, has so far ignored Western calls to increase output to try to lower oil prices of around $100 a barrel .

The issue is delicate as expensive energy, in part because of Russia's war with Ukraine, has stoked inflation and as U.S. President Joe Biden faces pressure to lower record U.S. gasoline prices ahead of mid-term elections in November.

Any willingness on the part of Riyadh and its allies to help the United States has been eroded as Washington has not addressed Gulf concerns about Iran at nuclear talks in Vienna, has ended its support for offensive operations by a Saudi-led coalition in Yemen and imposed conditions on U.S. weapons sales to Gulf states.

In addition, Biden has not dealt directly with Saudi Crown Prince Mohammed bin Salman, the de facto ruler of the kingdom.

Against this backdrop, an OPEC+ technical discussion that lasted over six hours in March ended with a unanimous decision to eliminate the International Energy Agency's (IEA) numbers when assessing the state of the oil market. read more

The meeting was co-chaired by Saudi Arabia and Russia and also attended by Algeria, Iraq, Kazakhstan, Kuwait, Nigeria, the United Arab Emirates and Venezuela, the sources said.

The decision is largely symbolic as OPEC+ could always choose to select which numbers it uses from six non-OPEC sources when forming its view of the balance of supply and demand in the oil market.

That it formally dropped the data reflects a build-up of frustration, six sources said, over what OPEC+ saw as the IEA's bias towards its biggest member the United States.

In particular, the sources cited the IEA's big upward revision in historical demand in February, as well as the agency's view of how much Russian crude western sanctions would remove from the market, which they saw as exaggerated. read more

"The IEA has an independence problem, which is translating into a technical assessment problem," one of the sources directly involved in the decision told Reuters.

The sources spoke on condition of anonymity because of the sensitivity of the issue.

Saudi Arabia's and the United Arab Emirates' energy ministries did not reply to a request for comment.

One of the sources went as far as to describe the situation as a "cold war" and blamed the IEA for starting it.

The IEA told Reuters its data analysis was politically neutral.

"The IEA strives to provide an unbiased and independent view of oil market fundamentals and political considerations have never been a factor in how the agency assesses the market outlook," it said in an emailed response to questions.

"The oil market report includes supply, demand and inventory data from official sources, supplemented by estimates where no data is available," it said.

The IEA was established in 1974 to help industrialised nations deal with the oil crisis after the Arab embargo squeezed supplies and sent prices surging.

The body, which groups 31 industrialised countries, advises Western governments on energy policy and counts the United States as its top financier.

It has seen energy markets transformed since its creation, and the relationship with OPEC has ebbed and flowed.

Even before the heightened tension this year, an inflection point for Saudi Arabia and its close ally the United Arab Emirates was the IEA's report ahead of United Nations climate talks in Glasgow late last year.

The report concluded that if the world was serious about reaching net zero emissions by 2050, then no investment should be made in new hydrocarbon projects.

That has exacerbated OPEC+ concern the IEA was ignoring the extent of continued demand in the medium term, the sources say, and OPEC+ bridled at the IEA request for extra oil to lower prices to suit the West when it considered the market was adequately supplied.

In addition to the comment from sources, some in OPEC have been openly critical.

The United Arab Emirates' energy minister Suhail al-Mazrouei, addressing an industry conference at the end of March, asked the IEA to be "more realistic" and not issue misleading information.

The IEA in February took the oil market by surprise when it revised its baseline estimate of global demand by nearly 800,000 barrels a day, just under 1% of the roughly 100 million bpd global oil market. read more

The revision, which followed an upward reassessment of petrochemicals demand in China and Saudi Arabia back to 2007, leads to a view that the oil market is tighter than previously thought, increasing the argument OPEC should try to increase output more quickly, analysts said.

One of the sources said Saudi Arabia disagreed with the reassessment.

The IEA said disruptions caused by the pandemic had made it more difficult to get accurate figures and that it published its revision as soon as the information had become available.

"The IEA had noted for some time an increasing mismatch in observed and implied inventory changes and the revision to our historical oil demand estimates incorporated in the February report went some way to close that gap," it said.

The IEA's predictions of the impact of sanctions on Russian production have also drawn criticism from within OPEC as being designed to press the case for an OPEC output increase, the sources said.

"We based our initial assessment of exports on statements from a number of companies already announcing they would reduce or cut their purchases of Russian oil but noted increased interest in discounted barrels that could provide an offset," the IEA said.

"As we indicated, given the rapidly evolving circumstances, the estimate is under continuous review and will be revised as necessary."

OPEC+ has so far resisted calls by the United States and the IEA to pump more oil to cool crude prices that rose to 14-year highs after Western sanctions on Moscow followed Russia's Feb. 24 invasion of Ukraine, which Russia describes as a "special military operation".

Saudi Arabia and the United Arab Emirates, which hold the bulk of spare capacity within OPEC, have both said OPEC+ should stay out of politics and at a monthly meeting at the end of March the group struck to a previously planned modest monthly increase.

President Biden and his allies have taken the view that a lot more supply is needed to lower prices. The U.S. has announced it will make a record release of up to 180 million barrels of oil from its Strategic Petroleum Reserve (SPR).

The IEA last week said it planned to release 120 million barrels of oil over six months.