'I prayed for this one,' SpaceX's Elon Musk says after NASA astronauts' splashdown success 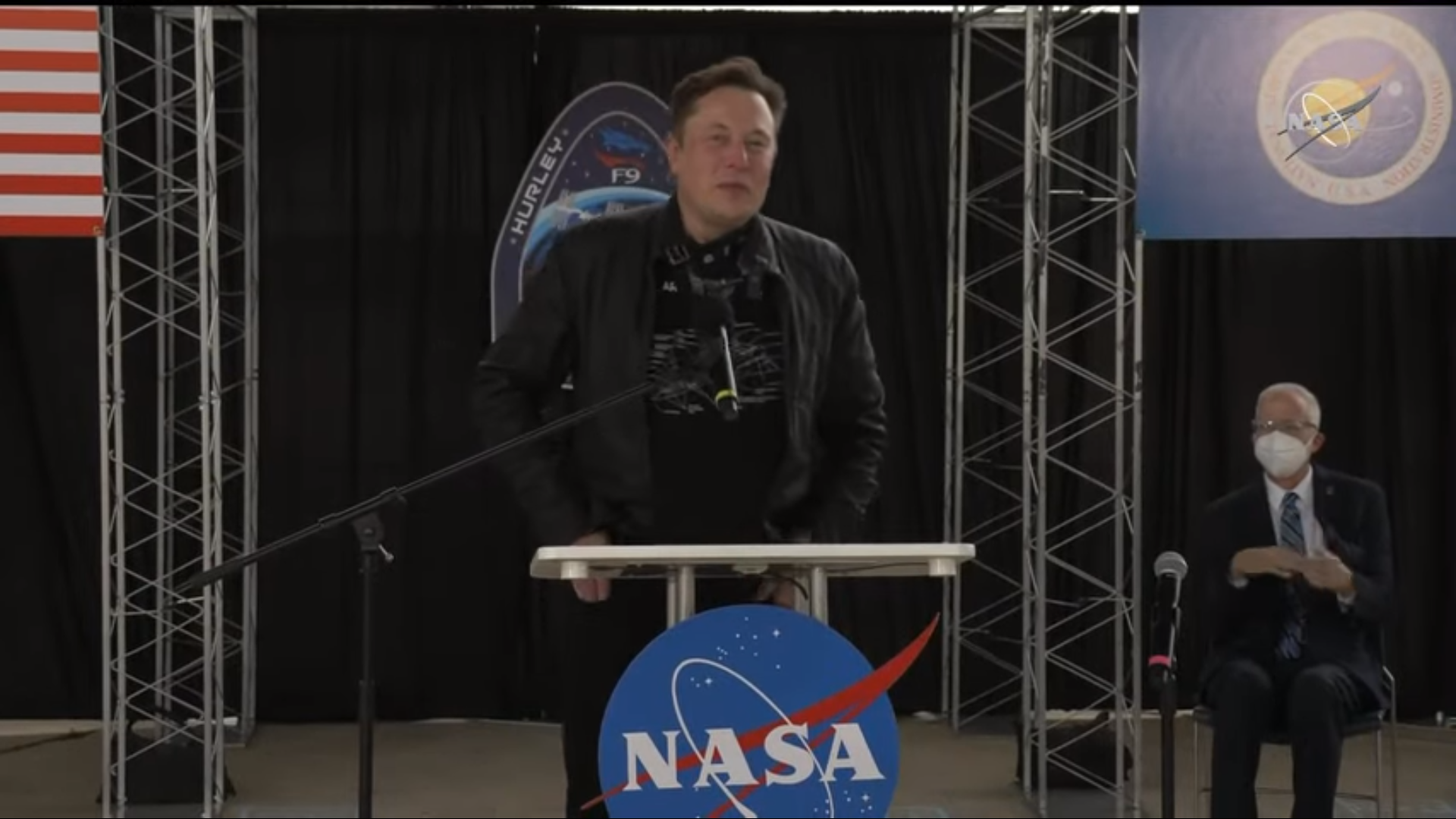 Doug Hurley and Bob Behnken returned to Earth after two months in orbit and safely splashed down in the Gulf Coast waters off Florida on Sunday (Aug. 2). The astronauts, finally back on their home planet, then caught a plane ride home to Houston, where NASA's astronaut corps is based. There, Musk joined NASA Administrator Jim Bridenstine to welcome the pair home from the test flight and share his excitement about what comes next.

Hurley and Behnken's flight, dubbed Demo-2, was the first crewed flight in NASA's commercial crew program to outsource astronaut rides to the space station to companies, an initiative that began in 2014. A second company, Boeing, also holds a contract with the program and is expected to refly an uncrewed test flight of its Starliner vehicle after a mishap in December left the capsule unable to reach the space station.

Spaceflight is always risky, but particularly so during a test flight, a fact that astronauts and mission leaders alike have acknowledged throughout the lead-up to the Demo-2 flight. Musk referenced the riskiness obliquely in his welcoming remarks.

"I think, like, my entire adrenaline just dumped, you know? Like, thank God," Musk said. "I'm not very religious, but I prayed for this one."

Musk also pointed to the context in which Hurley and Behnken made their flight. The pair flew to and from space as a pandemic ravaged the country, among other ongoing crises.

"I think this is something that the whole world can take some pleasure in and can really look at this as an achievement of humanity," Musk said. "These are difficult times, when there's not that much good news. I think this is one of those things that is universally good, no matter where you are on planet Earth. This is a good thing, and I hope it brightens your day."

Join our Space Forums to keep talking space on the latest missions, night sky and more! And if you have a news tip, correction or comment, let us know at: community@space.com.