President Gustavo Petro proposed over the weekend a reform to Colombia’s mining code, which was initially issued in 2001.

During a town hall held in the town of Dabeiba, in the northwestern Antioquia department, Petro said that an update is urgent because the current code allows for mining exploration to take place in areas that host important freshwater resources and agricultural land. 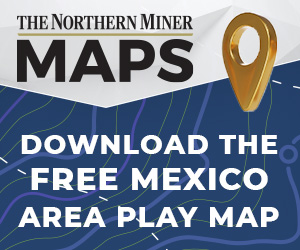 “It must be reformed, it is of no use to us (…) The State should no longer prioritize big mining multinational companies. The State must prioritize the small, traditional miner, small-scale traditional mining and, above all, support the mining effort that is undoubtedly needed, because this is not a war against mining but against the ways in which mining is currently carried out in Colombia,” he said.

To go ahead with the reform, Petro suggested organizing a large national mining convention where small-scale miners can present their ideas regarding the contents of the updated mining code.

The president also called on Indigenous peoples living in areas affected by industrial activity to reach out to the government for resources and take the lead in revitalizing Colombia’s jungles and conserving freshwater sources.

This is not the first time the new government has set its eyes on the mining industry.

In September, Environment Minister Susana Muhamad said Colombia could require mining firms to get environmental licenses for exploration in order to protect the environment, increase state control and prevent conflict between communities and extractive companies.

The announcement took place at a time when mining and oil and gas companies were already sounding the alarm over a proposed $5.6 billion tax reform that implied a raise in income taxes on extractive industries by 5% and increasing an export tax to 20% for oil and coal sold above certain threshold prices.