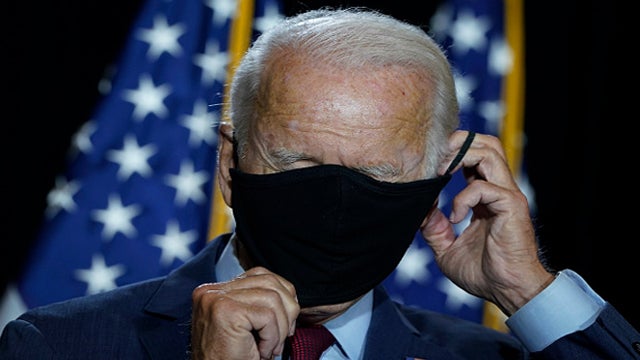 "This would be the greatest regulatory overreach in American maritime law" — that’s how Frank Hugelmeyer describes a proposal by the Biden administration to limit the speed of all motorboats over 35 feet from Florida to Massachusetts. "Not only are they creating a serious safety issue, they are creating a massive negative economic impact."

Hugelmeyer is president of the National Marine Manufacturers Association (NMMA), and he is just one of a growing number of voices expressing outrage over the proposal put forward by the U.S. Commerce Department under the auspices of the National Oceanic and Atmospheric Administration (NOAA).

"It’s stupid," said Jeff Angers, the president of the Center for Sportfishing Policy. "It’s not what government is supposed to do."

The far-reaching regulation would restrict speed to 10 knots or 11.5 miles per hour for all boats over 35 feet — for up to seven months out of the year and up to 100 miles out at sea for most of the East Coast.

The purpose: to prevent the boats from hitting an endangered right whale.

In an email to Fox News, an NOAA spokesman pointed out there are only 350 right whales left in the ocean.

"This rule is designed to reduce the risk of mortalities from vessel strikes and afford the species a greater opportunity to recover," the statement read.

A North Atlantic right whale feeds on the surface of Cape Cod Bay off the coast of Plymouth, Massachusetts, on March 28, 2018. (AP Photo/Michael Dwyer, File)

The statement admitted, however, there have only been five deadly whale strikes by boats between 35 to 65 feet in length over the last 15 years. (Boats over 65 feet are already subject to a speed restriction.)

"It’s ridiculous," added Angers, who pointed out there’s less than a one in a million chance of a fishing boat hitting a whale, according to NOAA’s own numbers.

"Based on actual interactions between recreational boats and right whales, the proposed restrictions are unjustifiable, ineffective and unnecessary," he says.

It’s also dangerous, according to Chris Edmonston, the president of the Boat Owners Association of the United States, or Boat U.S.

Edmonston said most boats can’t get on a "plane" if they are going under 10 knots. A plane is the speed at which the bow of the boat lowers in order to cut through oncoming waves.

An endangered North Atlantic right whale gets entangled in fishing rope with a newborn calf in waters near Cumberland Island, Georgia, on Dec. 2, 2021. (Georgia Department of Natural Resources/NOAA Permit #20556 via AP)

"The boats are designed to ride on top of the waves," he said. "This is going to make them wallow in the waves — up and down, side to side, pitching," he explained. "It’s going to be hard to maintain control. You can take waves over the side."

He said larger boats are especially at risk going through channels near shore.

EPA PROPOSES RESTRICTIONS ON PLANS TO BUILD COPPER, GOLD MINE IN AK

"The crew will be thrown around, tossed around, injured," he said at the stern of one of his pilot boats speeding at 35 knots out of the port at Savannah, Georgia. "If we run at slow speeds, any side swell is going to make these boats roll."

His job is to help commercial vessels navigate from 20 miles out at sea to Savannah’s inland shipping channels.

"This boat we're standing on is purpose-built for this job" he explained. "[It was] just delivered eight months ago. I have a second one under construction now. "

He said neither can operate safely at 10 knots: "[That’s] $13 million worth of pilot boats that will be unusable. "

"The port will be closed any day it’s rough [or] windy. [And] not just this port. All the ports on the East Coast," he said.

He pointed out there has never been a confirmed whale strike in a federal channel. "This is the government just getting involved where they don't need to be," he said.

And, Thompson isn’t the only one fearing economic catastrophe.

"This overreach is going to basically all but halt fishing off the East Coast of the United States," said Glenn Hughes, the president of the American Sportfishing Association. "It will just keep people from fishing."

He points out there are 9 million anglers who fish the Eastern coastline.

"Instead of getting to a [fishing] destination in an hour, you're talking about something that's going to take three to four hours both ways," he said.

A day trip, he added, would become "impossible."

It’s something that Pat Healey understands all too well.

"It's going to devastate [our] industry," he said, standing next to a half-finished 55-foot motorboat in a boat factory on the Jersey shore.

Healey has run Viking Yachts, a third-generation boat building company in New Gretna. Boat-building is one of the few industries that are still dominated by American companies with American factories.

All but one of the boats Viking makes today are over 35 feet, and most fall between 35 and 65 feet. Healey says no one is going to want to buy a boat that size that they can only drive 11 mph for half the year.

"It’s going to have a tremendous impact on our employment here at the Viking Yacht Company," he said, motioning around to his employees. "All these boat builders…1,600 boat builders. It's going to wipe them out."

Hugelmeyer pointed out that the figures NOAA used to calculate the risk of whale strike incorrectly assumed that all boats over 35 feet have a draft of 30 feet: "This is a great example of the massive errors that are in this proposed rule."

He said there are simply better ways to protect whales than what he calls this "horribly thought out and misinformed rule."

Hugelmeyer suggested tagging, geolocation techniques and other forms of tracking so boaters and fishermen can avoid areas where the right whales are. He also said he wanted the NOAA to consult boaters and fishermen, and others, who are going to be affected by the rule. "They didn’t consult any of us," he added.

"There is not a single boater who wants to see the right whale go extinct," he said. "We just want a collaborative discussion about the best way to [save them]."