Halliburton to buy Baker Hughes for about 22 billion pounds 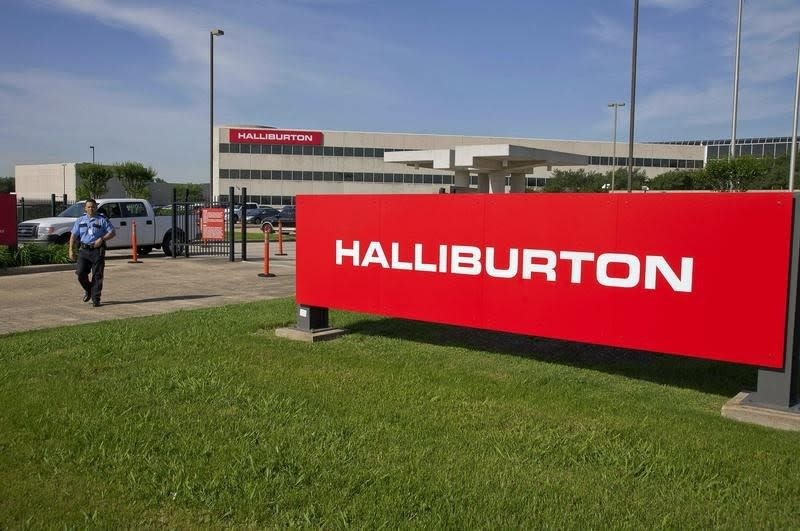 Halliburton expressed confidence that the deal would clear regulatory hurdles, but Baker Hughes shares were trading well below the offer, suggesting that investors were not so sure.

Halliburton also said it was ready to divest businesses that generate revenue of $7.5 billion to satisfy regulators and would pay Baker Hughes $3.5 billion if the deal was not cleared.

"At the end of the day, we wouldn't have done this deal if we didn't believe it was achievable from a regulatory standpoint," Halliburton Chief Executive Dave Lesar said on a conference call.

The deal, the second biggest in the U.S. energy sector this year, would create a company that dominates the North American market for hydraulic fracturing.

While there are at least seven major services where there is an overlap between the two companies, the deal would fill gaps in two product lines in Halliburton's portfolio – product chemicals and pumps that boost output from oil and gas wells.

Baker Hughes shares were trading at $65.40 just after the opening on Monday, well short of Halliburton's offer of $80.69, which was based on Friday's close.

Talks between the two companies started over a month ago and came to a head on Friday when Halliburton threatened to replace Baker Hughes's board after its initial offer was rejected.

Baker Hughes shareholders will get 1.12 Halliburton shares plus $19 in cash for every share held, and own 36 percent of the combined company.

Baker Hughes will get three seats on the combined company's 15-member board.

(Additional reporting by Kanika Sikka in Bangalore; Editing by Savio D'Souza)
Posted by Crude Oil Daily at 11:16 AM