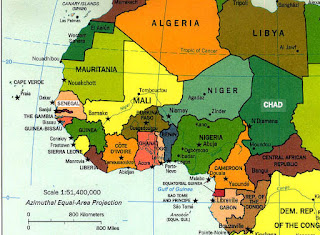 - Nigerian differentials were steady on Monday ahead of the release of May loading programmes,
with traders poised for differentials to come under additional pressure this week because of lacklustre European demand.

Around ten Nigerian tankers are unsold from the April programme, traders said.

"About two thirds of these barrels go to Asia but the other buyers have to make the economics work. I don't know if (refining) margins have come back enough for them to buy," said a West African trader.

NIGERIA
* Qua Iboe: This grade was assessed at around dated plus
$2.50 a barrel which was steady from Friday.
* Traders expect loading programmes for May to emerge this
week.

ANGOLA
* Pazflor: This stream is set to load six cargoes of 950,000
barrels each in May.
* The total planned exports for the month is 1.77 million
barrels per day. The consolidated loading programme for May
emerged on Friday but did not include the Pazflor grade which
came onstream late last year.
* In April, Angola was due to export 1.79 million bpd.

TENDERS
* Indian Oil Corp has issued a tender to buy West African
light sweet crude for May loading, traders said on Monday. Grade
and price offers should be submitted by Wednesday and
Thursday.
* BPCL has bought 600,000 barrels of Libyan Es Sider crude
or Sarir from Japanese trader Itochu and 950,000 barrels of
Nigerian Antan from Mercuria at undisclosed price levels.
* The companies could not be reached.
* The Antan cargo was swapped with Mercuria's Angolan
Cabinda before the tender, traders said.
* The tender to buy May loading sweet by Indonesia's Petral
closed earlier on Thursday. The result was expected to emerge
later this week.