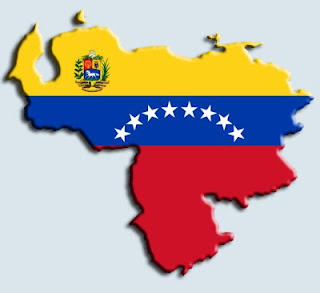 This October, Venezuela is due to hold elections amid increasing concerns over the health of President Chavez, as he continues his battle against cancer.

Should his health hold up, it is believed he will be re-elected.

However, this is one region where any internal political uncertainty is less likely to add to the current wave of instability in the oil markets because of long term oil-for-credit deals with Asian buyers, writes Gibson Research in its weekly report.

In recent years, the US has had an uneasy relationship with Venezuela, which has not been helped by the state-owned PdV providing shipments of refined petroleum products to Iran, which has resulted in sanctions against the oil company.

While Venezuela is not on the US list of embargoed countries, recently the Chavez Government has shown a preference to supply crude to China and increasingly, more cargoes to India, rather than the nearer US refinery market.

The tanker market has been a major beneficiary from this difficult relationship in terms of additional tonne/miles and this situation is set to continue.

However, since Chavez’s nationalisation campaign in 2006, the US oil majors have left the region, which also ended US investment in the country’s upstream business.

Last November, PdV secured loans totalling $1.5 bill with Japan and in exchange, the state oil company will supply crude oil and petroleum products to the country.

The initial contract is for 3 mill barrels per year, however, Japan is eager to diversify its supply away from the Middle East (especially from Iran) and it is believed that this will be the first of many such long-term procurement deals from the South American country.

However, the reality is that Venezuela’s long term future for crude exports will be dominated by deals with China. Exports of crude to China almost doubled last year, with loans for oil running into billions of dollars. According to the same source, Chinese-Venezuelan joint ventures could mean exports to the region reaching 1.1 mill barrels per day by 2014.

However, history tells us that figures released by the administration should be treated with skepticism, Gibson warned. What can be treated as hard fact is that more crude volumes will inevitably go east.

Whatever the outcome of the autumn elections in both Venezuela and the US, prospects for the tanker market from this particular region appear to have growing potential for some years to come, the broker concluded
Posted by Crude Oil Daily at 8:36 AM