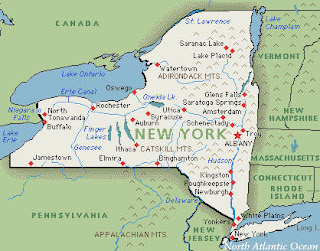 ALBANY, N.Y. (AP) — Environmental and health groups are praising the New York State Assembly for including an independent health impact study of hydraulic fracturing for natural gas in its budget proposal on Monday.

Numerous physicians, health organizations and environmental groups have criticized the Department of Environmental Conservation for not including a comprehensive health impact study in its environmental review of gas drilling using high-volume hydraulic fracturing, or fracking.

Gas drilling in New York's part of the Marcellus Shale has been on hold since the DEC review began in 2008. Gov. Andrew Cuomo and DEC Commissioner Joe Martens have said the review and new regulations are expected to be completed within a few months.

The Assembly bill would set aside $100,000 for a study by a school of public health within the state university system following a model recommended by the Centers for Disease Control and Prevention. Before the study, the school would have to prepare a document outlining its plans, and the public would have the opportunity to comment and suggest changes.

The study would include research into other states' experiences with fracking; estimated costs of any health impacts to the state, insurers, employers and the health care system; and a long-term plan for monitoring and mitigating health impacts.

"This study will go a long way to answer the many questions New Yorkers have about what fracking would mean for their health if this goes forward," Assemblywoman Barbara Lifton, who proposed the study, said in a prepared statement. Lifton is a Democrat from Ithaca.

There is no companion bill in the Senate.

The Medical Society of the State of New York has called for a moratorium on natural gas extraction using hydraulic fracturing until scientific information on health impacts is available. Fracking stimulates gas production by injecting a well with millions of gallons of chemically treated water at high pressure to fracture surrounding shale, releasing trapped gas. There are concerns about health impacts of chemicals used in the process, handling of large volumes of highly contaminated wastewater, air pollution, and other issues.

"We have county medical societies throughout upstate and downstate that are very concerned that the health impacts have not been studied," said Pat Clancy, the medical society's vice president for public health and education.

In October, 250 physicians and medical professionals signed a letter to Cuomo calling for a comprehensive public health impact assessment.

"DEC has fully considered the impact high-volume hydraulic fracturing could potentially have on public health and our communities if it goes forward in New York," the environmental agency said in a statement. The agency said it looked at ways the public could be exposed to hazards from gas drilling and proposed guidelines and regulations to prevent that exposure.

"DEC's approach is to address the potential causes of exposure to prevent them from happening in New York state. If there are no pathways of exposure in the first place, adverse health impacts cannot occur."

A formal health impact assessment such as the one described in the Assembly bill would be far more extensive and detailed than what DEC has done. In comments to DEC on its environmental review, the Natural Resources Defense Council said DEC looked at some health issues but ignored others.

NRDC noted that there are numerous reports of health complaints among people who live near natural gas drilling and fracking operations in other states and some have been investigated by researchers or governmental agencies. Reported health issues include eye irritation, dizziness, nasal and throat irritation, respiratory symptoms, nausea, fatigue, headaches, anxiety and other ailments.

"New York State has to date failed to take a hard look at the health impacts of fracking," said Katherine Nadeau of NRDC. "By calling for an independent study of fracking's health impacts, the Assembly is leading the charge to provide state leaders with the science necessary to make informed decisions."
Posted by Crude Oil Daily at 1:29 PM